Israel should be called on its decision to outlaw Palestinian groups

by Sarhan Basem
in Diplomacy 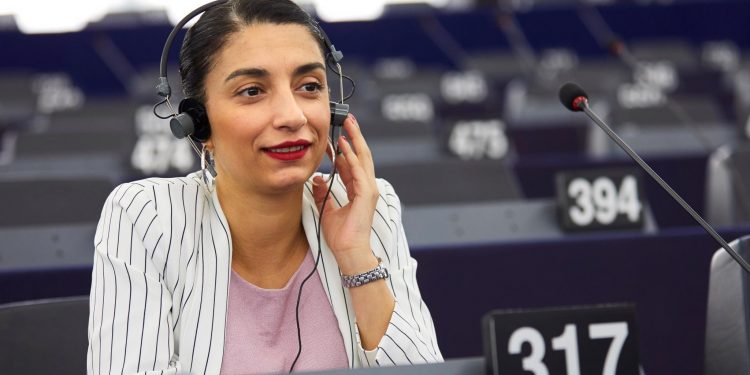 Israel accused the six of being affiliates of the Popular Front for the Liberation of Palestine (PFLP). It has yet to provide any proof in support of its claims. Palestinians strongly believe that Israel’s motivation is to criminalise and marginalise Palestinian civil society activism. Despite the Israeli action being in defiance of all human rights laws, the European Parliament has yet to place the issue on its agenda.

MEP Evin Incir, the European Parliament’s foreign affairs committee standing rapporteur for Palestine and Vice-chair of the Delegation for Relations with Palestine, spoke to Brussels Morning about the implications of the Israeli decision for civil society in Gaza, and for international efforts to redress the situation. 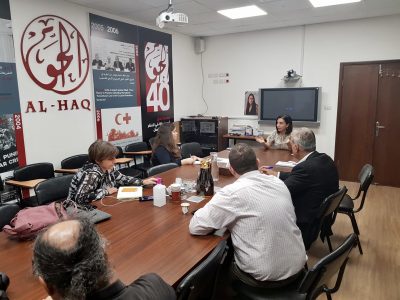 Sarhan Basem: What are the consequences and costs of such a decision?

Evin Incir:  The decision by the Israeli government is totally groundless, and it is in contradiction of the international laws. Our opinion is that the aim to designate these six organizations as terrorist organisations marks a continuation of previous policies. There are over 400 organisations and parties, including the sister party of the Swedish Social Democratic Party, Al Fatah, which have been designated by the Israeli government as a terror organisation. So it is a continuation of previous polices, and it is unfortunate that the current government, despite containing the elements of progressive parties in its makeup, is unable or unwilling to change the path of previous policies. The consequences are that this leads to further shrinking the space for civil society, both in Palestine and in Israel. Added to that, it is of course a violation of human rights and the right to organize.

SB: Some of these organizations deliver services to enhance and strengthen civil society. What does the Israeli action mean for the civil society activists who are the victims? What should the EU be doing to change the Israeli position?

EI: The High Representative, Josep Borell, has been very clear about the stance of the Commission on behalf of the EU. We will not accept this decision by Israel, which is groundless. I myself sent a request for an urgent resolution to the European Parliament on this matter. Unfortunately, a majority of MEPs in the EP, including Renew, EPP and ECR voted not to have it on that week’s session agenda. I say unfortunately because it is a very important issue, a clear case of a human rights violation, which as a result the European Parliament was not in a position to condemn. I expected this from the extreme right-wing parties, and even the right-wing parties, but unfortunately, a majority decided to not vote in favour of having it on the agenda. Sadly, this is a continuing situation when it comes to the Israeli Palestinian issue. Just a couple of weeks ago, we also had a case with UNRWA, where the central right parties wanted the EU to stop funding support for UNRWA. We know how important UNRWA is, especially with regards to its efforts to help Palestinian refugees in Palestine but also beyond, in Jordan, Lebanon and Syria. I would say that there has been a shift here in the European Parliament from previous mandate. As far as I have understood from my colleagues, past and present, those who sought to address and condemn the violations of international law and human rights by the Israeli authorities and government, it is becoming even harder to show solidarity with the Palestinian people.

SB: Is there anything that can be done in cooperation with the US administration?

EI: That’s the responsibility of course of the Presidency and the Commission. The Americans have been very vocal on this issue. Washington did condemn the designation of these six organizations. I think for the EU to be stronger, we need to act together with the Biden administration in the US. It is in both our interests that international law and respect for human rights are upheld. But until now, unfortunately, neither the EU nor the US has done enough. There needs to be consequences if the Israeli authorities do not comply with the universal agreements that we all have acknowledged. One of the steps I would suggest for the European Union to look over is the EU-Israeli agreement. Article 2, in the EU-Israeli association agreement, clearly states that no party — Israel or the EU — should violate fundamental rights, human rights, and democracy. We know that this is a clear case of a violation and when there is a violation, there also needs to be consequences. Until now, we have not seen any.

SB: Do you think there’s a chance the European Parliament will intervene?

EI: I hope that for the next plenary session in December, we will be able to have the case on the parliamentary agenda. As I mentioned, there was not a majority for it last time but there seem to be a bit more light at the end of the tunnel now, suggesting it may be possible to have it on the agenda for the upcoming session.