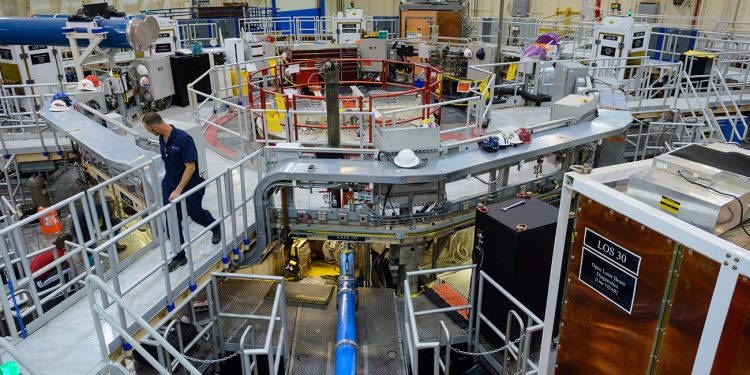 Brussels (Brussels Morning) A secretive Israeli nuclear facility is undergoing major reconstruction, according to a series of satellite images analysed by the AP. The facility is believed to house the country’s undeclared nuclear programme.

Satellite images show new construction at the Shimon Peres Negev Nuclear Research Centre, mere metres away from the aging reactor currently housed there, which was originally constructed in the 1950s with assistance from French engineers.

The presumption is that the facility’s underground laboratories are used to reprocess spent reactor fuel rods turning them into weapons-grade plutonium. Even though Israel maintains its policy of “nuclear ambiguity”, under which it has neither confirmed nor denied having nuclear capabilities, analysts believe Israel has produced sufficient fissile material for at least 80 nuclear devices.

The new construction comes at a time when Prime Minister Benjamin Netanyahu has been more and more critical of Iran’s nuclear programme. Increasingly, Tehran has been seen to breach the provisions of the 2015 treaty, moving in the direction of weapons-grade enrichment. Nonetheless, Iran’s programme remains under the watchful eyes of the UN’s International Atomic Energy Agency (IAEA), while Israeli facilities remain off limits.

Analysts polled by AP believe that the reconstruction is probably part of plans to decommission the old reactor in the facility near Dimona, while constructing a replacement to maintain the facility’s plutonium processing capacity and other functions.

Daryl Kimball of the US-based Arms Control Association, on the other hand, believes Israel could also be aiming to increase its production of tritium, a rare and radioactive hydrogen isotope, which can be used to increase yields on existing weapons.
As the reconstruction work can be clearly seen from space orbit, some have interpreted Israel’s recent complaints about Tehran’s nuclear programme as an attempt to divert attention from its own activities. The AP report notes how Israel similarly warned publicly about Egypt’s missile and nuclear efforts in the 1960s, a time when it was developing its own programme at Dimona.