Israel and Lebanon resume maritime border talks with US mediation 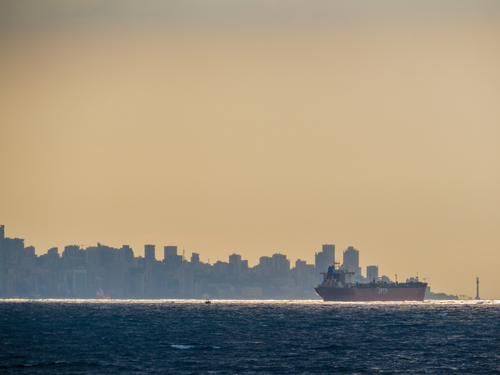 Brussels (Brussels Morning) Lebanon and Israel resumed indirect talks over their disputed maritime border on Tuesday, following a pause of nearly six months. The two sides are not engaging directly but instead are set to discuss the issue using US and UN officials as mediators, AP reported.

According to the local media, the talks resumed at UN post Ras Naquora, situated on the Israeli-Lebanese border, with US Ambassador John Desrocher serving as the US mediator. The talks come as the Biden administration has completed its first 100 days in office, while Lebanon still struggles to form a viable functioning government.

The most recent government resigned, facing massive protests in a country ravaged by decades of corruption and mismanagement that culminated in an accidental explosion which took out an entire city block in Beirut in August 2020.

Lebanon and Israel have no formal diplomatic relations and are technically in a state of war, though a UN-brokered ceasefire has been in effect since August 2006. Both sides claim about 860 square kilometres of the Mediterranean sea as being a part of their respective exclusive economic zones.

The Ras Naquora post already serves as a meeting place for monthly tripartite, indirect meetings between Israel and Lebanon, mediated by UN officials, that deal with ceasefire violations along the land border – something that both sides have been guilty of in the past.

The US has been mediating the border issue for about a decade, but a breakthrough was arrived at only late last year when an agreement was reached for a framework for the talks. However, the talks were paused soon after, in October 2020.

The main point of the dispute is the natural gas exploitation in the area, believed to hold significant deposits. Lebanon began offshore drilling earlier this year and hopes to start drilling for gas in the disputed area in the coming months.