Is the US losing its lead in Pacific Trade to China? 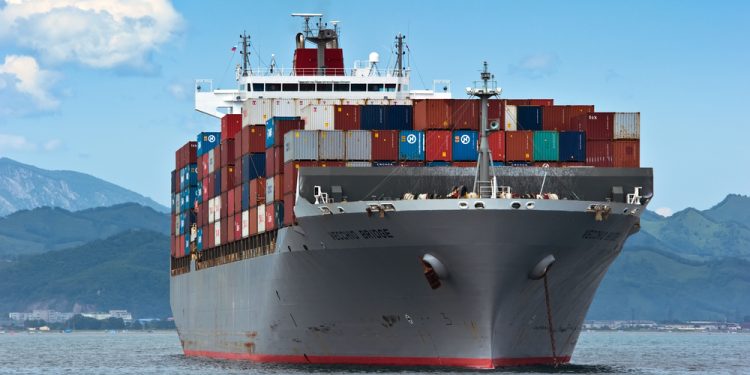 Eurocentric thinking can distort perspectives in the changing world of trade.

Washington (Brussels Morning)The world of trade is changing, both in the Atlantic and the Pacific. While the United States has long been seen as a stakeholder in European affairs – not least because of NATO – Japan’s legitimate interests in Europe are often underreported.

Japan is one of the biggest foreign investors in both the UK and in Europe.  Margaret Thatcher encouraged Japanese companies to use the UK as a launch pad to Europe, resulting in accumulative investments of 81 billion pounds in the UK economy. Just recently, Japan’s Ambassador to the UK, Koji Tsuruoka, warned that a disorderly Brexit could see Japanese companies looking elsewhere to base their operations.

In the meantime, the EU–Japan Economic Partnership Agreement, which entered into force on 1 February, 2019, is likely to result in tighter economic ties with the Single Market. In fact, Japan could well become a major destination for European Foreign Direct Investment since Japan could offer a launch pad for European business seeking an entryway into the Pacific economy.

The United States first brokered and then failed to ratify the Trans Pacific Partnership (TPP), leaving such traditional allies as Japan, New Zealand, South Korea, and Australia to build a high-standard, normative framework trade area. Investment in the US is no longer an obvious choice for accessing the Pacific Market.

In November 2020, a second “outer layer” of trade consolidation emerged as the leaders of the ASEAN Member States – Australia, China, Japan, the Republic of Korea and New Zealand – signed off on the Regional Comprehensive Economic Partnership (RCEP) Agreement. RCEP’s membership includes neither the United States nor any European partner yet it does include China.

To understand how multilateral trade looks from a Pacific perspective, we turn to Hiroyuki Akita, a commentator on the Nikkei newspaper. He regularly writes on foreign and international security affairs, having served as Nikkei’s Beijing Correspondent (1994-1998) and Washington Chief Correspondent (2002-06).  He is an author of the Japanese books “Anryu” (Power Game of US-China-Japan) published in 2008 and “Ranryu” (Strategic Competition of US-Japan and China), which was published in 2016.

An Interview with Hiroyuki Akita, of Nikkei

Ambassador Tedo Japaridze (TJ): China has just concluded a trade agreement with Washington’s traditional trading partners in the Pacific, including Japan, but also Australia, New Zealand, and South Korea. Does this mean the US will be taking “the back seat” in Pacific trade?

Hiroyuki Akira (HK). This November, 15 countries in the Asia-Pacific signed the RCEP multilateral free trade agreement, including China, Japan, South Korea, Australia, New Zealand, plus ASEAN’s 10 member countries. RCEP is a huge market that accounts for about 30% of the world’s GDP and population. Within the RCEP, China alone accounts for more than 50% of the total GDP, so China has an extremely large presence.

The United States is not included in this framework. However, it does not necessarily mean that the United States will be destined to lose its economic influence in the Asia-Pacific. That is because RCEP does not have a very high tariff elimination rate and its digital and IPR investment rules do not set a high standard when compared to trade standards in force between the EU and the USA. Therefore, it is unlikely that RCEP will set trade and economic normative standards in this region.

In addition, the 10 ASEAN member states and China already have established Free Trade Agreements (FTAs) which are in place. Therefore, the launch of RCEP is not likely to be a dramatic game-changer.  I don’t think RCEP as such will weaken the US position in the Asian Pacific region.

TJ: So, will the United States continue to take the lead in trade in the Asian Pacific?

HK: It largely depends on whether the United States will return to the Trans Pacific Partnership in the near future.

During the Obama Administration, 12 countries in the Asia-Pacific region, including the United States, signed on to create the TPP.

Unlike RCEP, the TPP is a high-level framework with extremely high tariff elimination rates and transparent investment and Intellectual Property Rights (IPR) and a digital rules regime.  Originally, Japan and the United States had every intention to use the TPP framework as leverage, pushing China to accept these rules. However, the Trump administration withdrew from the TPP in 2017 and, finally, the remaining 11 signatory states launched TPP without US participation at the end of 2018.

It is not likely that the Biden administration will be able to return to TPP immediately, due to the situation in the US Congress and other domestic political considerations.

TJ: If the United States cannot return to the TPP soon, how will the geo-economic picture in the Asia-Pacific evolve?

HK: If the United States is unable to come back to the TPP regime in the coming years, unfortunately, a “levelling of the economic playing field” in the Asian Pacific will have been set without US involvement. In this respect, again, the biggest variable is China.

After signing the RCEP framework in November, China’s President Xi Jinping made the surprising announcement that Beijing was willing to accede to the TPP framework.

Right now, it is difficult for China to meet the conditions for joining the TPP immediately. In order for China to accommodate TPP rules, it must do away with protectionist policies for state-owned enterprises, which currently would be very difficult both economically and politically.

However, there are those in China that view TPP accession negotiations as “constructive pressure” in the process of accelerating and implementing painful economic reforms. If China joins the TPP framework before the United States, it is possible that the economic and trade order of the Asian Pacific region will be led by China. In that case, US economic influence will be significantly weaker.

TJ. Can you see a scenario in which the UK joins RCEP? Is there anything of substance in Britain ’s traditional ties with the Commonwealth that would have a bearing in that respect?

HK. RCEP is an Asian Pacific framework, and it is unlikely that the UK will apply to enter. Moreover, as already mentioned, RCEP is not necessarily a high-standard trade bloc, so the benefits of accession for the UK would not be significant.

A more likely scenario is a UK entry to TPP.

The British international trade secretary, Ms. Liz Truss, has indicated that the UK may formally apply for TPP membership by early 2021. Members of the Commonwealth of Nations, such as Australia, Canada and Malaysia are members of the TPP. Therefore, the UK government may think that talks with Commonwealth countries are easier.

For its part, Japan views the prospect of UK membership of TPP favourably. If the UK meets the conditions, I think it is likely to participate in the future.