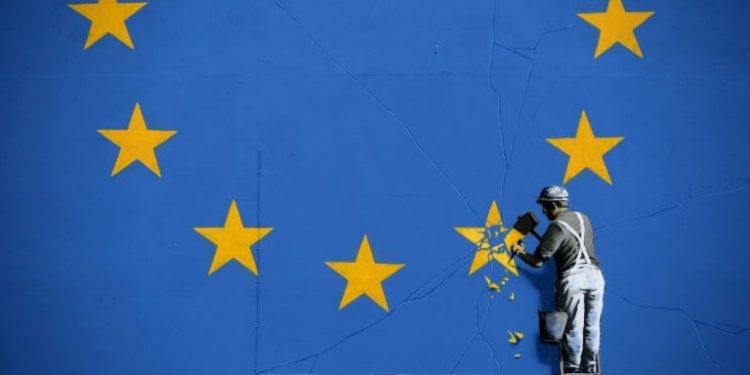 Boris Johnson’s government has come under rebuke for its new draft Internal Market Bill that MPs claim breaches international law if enacted, by overriding the Withdrawal Agreement, an international treaty, formed with the EU to govern Britain’s departure from the bloc. Jenny Revis, a partner in the EU Competition and Trade practice at Baker McKenzie, breaks down the bill’s risks and a potential way forward.

There are two parts to the internal market bill (IMB). The main part aims to ensure no internal barriers to trade within the UK after the transition period ends, bearing in mind some regulatory powers are devolved to Wales, Scotland and Northern Ireland. There is also a much smaller part that allows the UK Government to override parts of the Withdrawal Agreement unilaterally.

Jenny Revis: ”The Internal Market Bill (IMB) breaches the obligations placed on the UK government by the Withdrawal Agreement and gives it scope to breach the Agreement in the future as well. Breaching its obligations under the Agreement is a breach of international law.

Such provisions do the opposite of ensuring that the Withdrawal Agreement is directly enforceable in the UK – they create the real possibility that parts of the Withdrawal Agreement will not be directly enforceable in the UK. As such, the UK has breached its obligations under the treaty in a “specific and limited way,” as Brandon Lewis, Northern Ireland Secretary, stated on 8 September 2020.

If the IMB powers were exercised, there would be a direct breach of the Northern Ireland Protocol – another and more substantive breach of international law. Therefore, the mere introduction of the IMB could breach the “good faith” clause in the Withdrawal Agreement.”

What does it mean in terms of trade rules, should there be a no-deal Brexit?

Jenny Revis: ”The legal analysis is the IMB will have the same effect even if there is a “no-deal Brexit”.Ostensibly, the IMB has been introduced to ensure there are no internal barriers to trade within the UK following the end of the transition period.

Currently, the constituent parts of the UK all uniformly conform to EU standards on goods and services. When the transition period ends, the existence of devolved powers — for example, on agriculture — means that each nation in the UK can implement its own regulations and policies. The principles of mutual recognition and non-discrimination in the IMB are there to ensure any divergence in standards does not result in internal barriers to trade within the UK.

Under mutual recognition, the bill provides that any goods legally sold in one part of the UK may also be freely sold in any other part of the UK, regardless of whether those goods meet those other local standards. The same applies to services and professional qualifications. There are certain exemptions to the principle of mutual recognition, e.g., goods that do not meet food safety requirements; legal services are still divided between the UK’s constituent parts.

The IMB also nullifies any local measures that would directly or indirectly discriminate against goods or services from other parts of the UK, favouring local goods or services. Under the IMB, such measures would have no legal effect, and businesses would not need to comply with those measures.”

What effect could a no-trade deal between the EU and UK have for Northern Ireland/UK trade?

Jenny Revis: ”Under the Withdrawal Agreement (specifically the Northern Ireland Protocol), Northern Ireland will remain aligned with Ireland — and the EU — if there is no trade deal agreed between the EU and UK. That ensures trade between the two Irish countries remains frictionless and that their border remains open.

The IMB does not remove this barrier. Therefore, having no trade deal will make trade between Northern Ireland and the UK, and between the UK and EU, more difficult regardless of the IMB.

The IMB could also undermine the open border between Ireland and Northern Ireland, whether or not there is an EU-UK trade deal agreed. At the same time, the principle of mutual recognition could undermine the efforts of devolved authorities, such as the Scottish Parliament, to introduce stricter regulatory standards. Therefore, it could be understood as undermining the sovereignty of those devolved authorities.”

Are any industries that would be particularly impacted if these non-EU, no-deal trade rules transpire?

Jenny Revis: ”The IMB is a separate issue to whether there will be a no-deal Brexit. However, the IMB itself is likely to create tension between devolved authorities and the UK Government, particularly when it comes to devolved matters such as environmental and agricultural standards. The SNP will likely attempt to use this as a lightning rod issue to further their case for an independent Scotland.”

Does it undermine the Good Friday Agreement?

Jenny Revis: ”Not in of itself, but it could be seen as breaking the spirit of the Good Friday Agreement.

The provisions in the IMB that allow the UK Government to unilaterally intervene in the customs and state aid laws in Northern Ireland could result in an informal barrier between Ireland and Northern Ireland, undermining the open border. For example, such powers could be used to opt Northern Ireland out of EU projects designed to promote development across the whole of the island of Ireland (a form of EU state aid).

But, until the powers to unilaterally intervene in Northern Ireland have been exercised, there will be no undermining of the Good Friday Agreement (from a legal standpoint).

Trust between the UK and Ireland (and political parties in Ireland and Northern Ireland) is at the core of the Good Friday Agreement. The introduction, and potentially, the passage of the IMB, is likely to undermine this as it shows the UK Government is willing to take steps to separate Ireland from Northern Ireland.

There is also the optics of the IMB, which could create a barrier between Ireland and Northern Ireland. Parties could further exploit this with their own agendas, both Unionists and Nationalists.”

In your opinion, what’s the best course the government can take?

Therefore, it seems likely that the UK Government introduced the IMB as a sign of strength and to move negotiations along. Whether this has worked or not is a separate matter. We would question how committed the UK Government would be to the more controversial aspects of the IMB. There are only two weeks of a parliamentary debate scheduled to scrutinise the proposed bill and intense criticism from all corners — Conservative MPs, former prime ministers, international pressure, etc.

It is, therefore, not unlikely that the IMB will be amended from its present form.We can envisage an end scenario where the UK Government keeps the provisions of the IMB dealing with the alignment of regulatory standards — itself creating an issue with devolved authorities — but rows back on the more controversial provisions that allow it to intervene directly in Northern Ireland and that breach the Withdrawal Agreement.”