Is the Gulf crisis nearing its end? 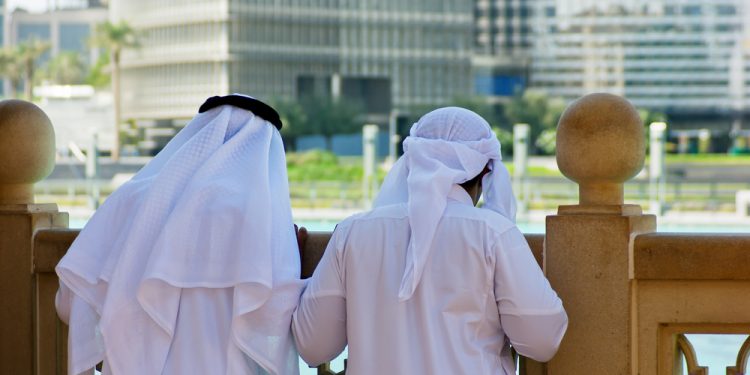 Paris (Brussels Morning) Renewed negotiations between Qatar and its Gulf neighbours are pointing towards a possible breakthrough to the dispute between the states that has been ongoing for more than three years. However, reaching a deal will take more than an overnight solution.

Kuwait’s foreign minister Ahmad Nasser al-Mohammad Al Sabah said at the end of last week that: “Fruitful discussions took place in which all parties emphasised the importance of efforts to resolve the crisis and achieve the aspiration of the peoples of the countries of the region”, as reported by Middle East Eye.

In a Twitter post, Qatar’s foreign minister, Sheikh Mohammed bin Abdulrahman Al-Thani, welcomed the Kuwaiti statement as “an imperative step” towards resolving the rift. Addressing a conference in Rome via video link, Saudi Foreign Minister Prince Faisal bin Farhan Al Saud stated: “We have made significant progress in the last few days thanks to the continuing efforts of Kuwait but also thanks to strong support from President Trump and US administration towards bringing all parties closer”.

The comments came at the end of a renewed round of negotiations under Kuwait and US auspices. Jared Kushner visited Riyadh and Doha last week, in what was probably his last trip to the region as a White House official.

US media considered the visit a final effort to push for a diplomatic victory in the Middle East, with a resolution to the dispute that has hindered a unified response against Iran, as the New York Times reported.

Iran’s Foreign Minister Mohammad Javad Zarif said in a Twitter post he hoped Gulf reconciliation “contributes to stability and political and economic development for all peoples of our region”.

The Wall Street Journal reported that “Mr. Kushner and his team are hoping to use their dwindling political leverage to advance issues of U.S. interest, with a particular focus on resolving the three-year-old rift between Qatar and its Gulf neighbors, including Riyadh”.

US Secretary of State Mike Pompeo said he was hopeful that the dispute in the region can be resolved before the end of the year. Pompeo has also taken a tour of the region in recent weeks, promoting US interests and pushing for a solution. In a statement following his meeting with Emir Tamim al-Thani, the US intentions were made rather clear: “The Secretary and the Amir also discussed the need for working together to confront threats to stability in the region and the importance of overcoming divisions within the Gulf to further counter Iran’s malign influence.” However, full reconciliation will require work from the incoming Biden team as well.

Washington has been pushing for reopening Gulf airspace for Qatari aircraft as a first step, diplomats and sources have told France24. An eventual reopening of the airspace and land borders would effectively end the blockade, although a series of political issues are yet to be solved.

According to a statement by King’s College’s Andreas Krieg to Al-Jazeera, it is a welcome development that Qatar and Saudi Arabia seemed more willing to engage in serious talks with a view to resolving the three-and-half year dispute, adding that they “came to an agreement to eventually negotiate an agreement”. It would mean an interim period where the two sides will “monitor each other’s commitment” and any arising problems, while Saudi Arabia would try and bring the other three nations to the table, namely the UAE.

Furthermore, the Saudi minister of foreign affairs added that: “We hope this progress can lead to a final agreement which looks within reach and I can say I am somewhat optimistic that we are close to finalising an agreement between all the nations in the dispute”, CNN reported. According to AFP, he said that GCC allies were “on board” for a solution of the crisis. But this scenario could be less likely for the UAE, which has adopted a much harder line in the dispute with Qatar over the past few years.

Giorgio Cafiero, CEO of Gulf State Analytics sees in the current talks good reason for success from the Trump administration, which wishes for its allies to be more united against Iran. He also notes that the UAE is currently not interested in any sort of reconciliation while doubling down on its positions against Doha and does not look willing to ease its firm stance vis-à-vis Qatar. The UAE and Qatar are hardly aligned on regional and ideological issues and bringing the two to an agreement will be the greatest challenge for mediators, Andreas Krieg added.

According to Baker Institute fellow Cristian Koates Ulrichsen, Yousef al-Otaiba, the UAE’s Ambassador to the US, said on 16 November that reconciliation with Qatar was “not on anyone’s priority list”. This position may reflect a certain divergence of interests between the UAE and Saudi Arabia, as Ulrichsen notes, and point towards an Emirati will to “shift away from the assumption of the two countries moving in lockstep”.

What is the Gulf crisis anyway?

Launched on 5 June 2017, the blockade was initiated by three GCC member states — Saudi Arabia, UAE, Bahrain — and Egypt, when they imposed a diplomatic, trade and travel embargo on Qatar. The reasoning behind this was that Qatar had too close ties with Iran and militant groups in the region, an accusation that the small emirate strongly rejects.

The four countries later presented Qatar a list of 13 conditions to abide by in order to lift the embargo. These demands included shutting down the Al-Jazeera media outlet as well as a Turkish military base stationed in Qatar and downgrading ties with Iran, with which Qatar shares the gas-rich South Pars field in the Gulf. Many observers at the time suggested that the demands meant Qatar would renounce its sovereignty and that they were “designed to be rejected”.

After the blockading countries closed their airspace to Qatari aircraft and sealed their borders and ports, they subsequently forced out Qataris residing in their countries, separating some mixed-nationality families. As many observers underline, the blockade has become entrenched in intra-GCC relations and has sucked in populations living in the Gulf to the extent that a return to the pre-2017 state of affairs is hard to imagine.

The future of the GCC

Mediation efforts have repeatedly failed over the past years. Kuwait and Oman have both initiated talks on either a bilateral or multilateral level. However, these failed to produce tangible results. The two GCC members have adopted a neutral stance in the dispute and engaged in serious efforts to mend the rift in the Arabian Peninsula.

The upcoming GCC summit, to be held later in December, may also provide the space for further negotiations, especially as the regional forum is currently presided over by Kuwait. As in many other cases, behind the scenes, negotiations could play a significant role towards a solution; however, this would not automatically translate into the crisis being resolved overnight.

France24 also reported that UN Secretary-General Antonio Guterres is “encouraged by the Kuwait statement and hopes all countries involved work together to formally resolve their differences”, according to UN spokesman Stephane Dujarric.