Is it time for the Mediterranean to rebrand? 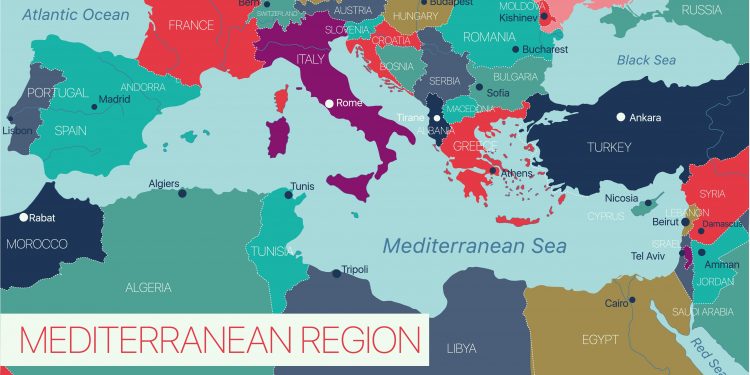 The Mediterranean could be getting too hot for tourists, with more frequent extreme weather events predicted that are likely to affect its reputation as a leading holiday destination.  Could the region rebrand?

London (Brussels Morning) “How was your summer?” I asked my sister-in-law and brother on their return from holidaying in Turkey.

“Istanbul was stunning, but far too hot”, was their reply, “uncomfortably so”. This seemed to surprise them, given that they have spent many years travelling to and from the city and have also lived there.

As the bridge between Europe and Asia, Turkey’s Mediterranean region is known for milder weather than its eastern neighbours. And much like Greece, Italy and North African countries like Morocco and Tunisia, it’s the moderate climate and quintessential diet that attract holiday goers, all part of the region’s brand.

But as reported in Turkish media, this summer was the second hottest on record since 1971, the record having been set in 2000. Moreover, that rise is thought to be permanent, exacerbated by urban growth and climate change. The devastating wildfires witnessed across the region are a stark visual of the latter’s impact and if such extreme weather events continue, the local population suffers, as does the tourist economy.

Studies have shown that climate is important to tourism as is a destination’s image. So if that image is related to the region’s “mild climate”, is it time for a rebrand?

A McKinsey report earlier this year pointed out that the Mediterranean basin’s mean temperature has increased by 1.4 degrees Celsius since the 19th century, and that far outstrips the global average of a 1.1 degrees Celsius raise. By 2050, another increase of 1.5 degrees is predicted.

Similarly, the UN states the Mediterranean is warming 20% faster than the rest of the world.

Not only will the region lose its reputation for mild summer weather, but it will harbour economic losses due to the impact on agriculture. That includes products that its tourists love, like vine-ripe tomatoes and grapes that produce world-famous wines.

Rising temperatures, according to McKinsey, are, after all, expected to cause hydrological variability — typically measured by rainfall and river flow — to increase.

There’ll be more heatwaves and in North Africa, Southern Spain and Turkey, temperatures could double from 30 to 60 degrees Celsius by 2050, and less rainfall during the warmer April to September period, by as much as 10% by 2030 and 20% by 2050. In tandem, water basins like rivers, lakes and streams, etc., will also decrease to 10% and 25%, respectively, says the same study.

The result is increased water stress, possible drought, wildfires and floods. These extreme weather events will undoubtedly have an impact on agriculture and, ultimately, the economy.

Droughts and floods can cause deep erosion and landslides. The effect on water resources will shift irrigation needs, conditions for crop growth, productivity and distribution. It might also make crops vulnerable to agricultural pests and diseases.

One of the Mediterranean’s principal crops are grapes, making up 14% of the region’s agricultural production value, used to make another of the region’s key attractions — wine.

People don’t realise that grapevines are highly vulnerable to some of the weather variability factors mentioned already: temperature, changes, water stress, etc. It can all damage the grape crops.

We don’t fully know the exact impact on grape crops or the Mediterranean wine industry as studies vary so widely on future cultivation and the effects of climate change. However, one possible outcome could be that areas known for their particular wine, like Merlot, will no longer produce those grapes. Other grape types in other regions may end up growing in any case, but when much of the wine industry banks on its Bordeauxs and its Bolgheris, one has to consider the impact once the region’s grape belt shifts. This process will take time, if not generations.

What impact this will have on tourism, which accounts for a significant part of the region’s economy, remains to be seen. Between them, tourism and travel account for around 15% to the GDP of Mediterranean countries. Inevitably, some areas, coastal cities and beach resort areas for example, are more dependent on tourism than others.

The beach and resort city of Antalya, for instance, receives 30% of Turkey’s annual tourist volume, with visitors spending 4.5 billion dollars on average. This amounts to 20% of Antalya’s GDP and around 2% of Turkey’s.

In 2019,Tunisia received 9.5 million tourists, and the sector reportedly accounted for around 8% of GDP.

In Greece, tourism accounts for 18% of Greece’s GDP. The sector employs 900,000 people, one-fifth of the national workforce. .

So how can some of these locales rebrand?

There are a number of spins with which PR and industry experts could have a field day. For example, discounts have often been used to lure more travellers looking for budget destinations and outside of peak terms, the Med could be seen as a cheaper destination.

More emphasis on rock climbing, sailing and outdoor activities could entice adventure seekers and development around this area could lead to the region gaining a reputation for this genre of tourism.

Typical shoulder and peak seasons for the region may also shift. While school holidays like summer will determine holiday times for one cohort of travellers, another — solo travellers, couples or friend groups — can adapt with the seasons. Just as summer may be considered too hot should temperatures consistently stay above 37 degrees Celsius, seasons originally too cold for significant tourist influxes are also getting warmer. As a result, more days in the year are ripe for balmy sunny days away.

As for the wine country? More investment in agricultural resilience could help buffer premature depreciation of typical wine-making areas.

The bottom line is, if you’re committed to a summer jaunt in the Mediterranean, be prepared for something warmer than the norm.