by James Moran
in Uncategorised 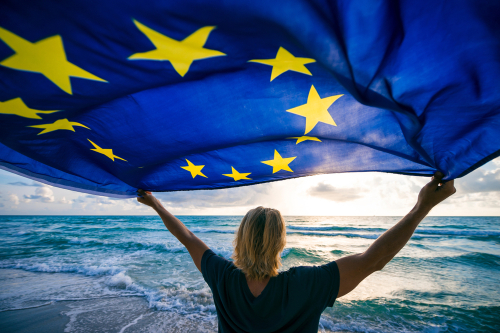 Consensus on a new EU Mediterranean plan around development, environment, market access, human rights and migration could be rolled back if EU cannot speak and act with one voice, argues James Moran.

Brussels (Brussels Morning) The EU’s ‘new agenda for the Mediterranean’ published earlier in February is a new economic and investment plan and is at the top of the bloc’s list of priorities.

The strategy that envisages working with International financial institutions like the European Investment Bank, the World Bank and with the private sector. It will mobilise fresh funding of up to 7 billion euros and purportedly leverage additional public and private investments of up to 30 billion euros. Post pandemic, this should contribute to what the paper calls a green, digital, resilient and just recovery in its southern neighbourhood.

The EU’s geopolitical commitment to the Mediterranean

There’s a strong focus on support for youth through employment and education support programmes, including more attention to small and medium sized enterprises (SMEs), by far the most important employers in the region, using financial schemes like venture capital, business angels and impact finance.

The EU paper also highlights the southern neighbourhood’s potential as a location for ‘nearshoring’ EU company global value chains in the wake of the pandemic. However, it is not clear that the region will be able to compete with well-established European supply chains elsewhere, especially in China, which recently overtook the US to become the EU’s leading trade partner.

Digital transformation and the green economy also feature in the plan, the latter related to the EU green deal’s external dimension. Although, there is much work to be done on raising public awareness around the importance of both of these issues.

There is not much that is new on deeper trade agreements, which have proved difficult to achieve in recent years. One of the problems has been the lack of new EU offers on market access, particularly on agriculture, and prospects for any new departures are mixed at best.

Improved regulatory frameworks in the region are badly needed if a sustainable recovery is to take hold. In fact, with one or two exceptions, such as Jordan, these remain rather weak. The EU paper recognises this and makes the link between the future level of funding and its partners’ real commitment to economic and governance reforms, including on the fight against corruption.

All well and good, though this will not be easy to achieve in a number of countries, particularly where protectionist vested interests are deeply entrenched.

Promotion of respect for human rights, rule of law and democratic values, will be stepped up. Among others, this includes commitments to support legislative, judicial and institutional reforms, the empowerment of women and youth, labour standards, capacity building for civil society and data protection frameworks. Once again, quid pro quos will apply to the level of financial support on offer.

That said, agreeing joint priorities for rights and civil society support has in the past proved to be extremely difficult in some cases, for example, as in Egypt, and there is little reason to think it will be any easier this time.

On migration and asylum, the basic and long-standing approach remains, namely a promise to ease restrictions on legal migration in return for better performance on controlling the illegal variety through more effective return and readmission arrangements.

Recognising that the region’s many conflicts are a huge drag on its prospects, the paper makes a plea for a renewal of efforts to revive the moribund Middle East peace process, building on Israel’s normalisation agreements with Arab States. It also calls for support for UN-led peace-making in Syria, Libya and the Western Sahara, and for a multilateral conference to help solve the territorial and natural resource disputes in the troubled eastern Mediterranean.

Strengthened cooperation on counter terrorism, police cooperation and cyber resilience, all in full respect for human rights and civil liberties is also on the new agenda.

The Elephant in the room: can the EU act as one?

The elephant in the room for such a plan to succeed is the need for the EU to speak – and act – as one, and the EU’s paper admits honestly that this is a precondition for successful implementation of the entire programme.

The record here shows that there is considerable room for improvement, the fractured EU approach to the Libyan crisis perhaps providing the most obvious example.

In the round, this paper is a laudable attempt to revitalise the many different aspects of relations between the two sides of the Mediterrranean. There is the promise of more money on the table, but this will depend on whether the EU’s partners are ready for major changes.

The EU’s clout in spurring reforms is limited, and it will need both a high degree of solidarity with member states and other likeminded partners, including the US. The Biden administration might be prepared to make some common cause, notably on rights and freedoms, as we have seen with Saudi Arabia, but it is not yet clear if it will  follow through on its pronouncements about putting this at the heart of US foreign policy in the wider region.

And absent a new push on resolving conflicts, including robust engagement with other players, such as Turkey and Russia, a number of the EU’s proposals risk remaining on paper.

At a time when Europe is understandably preoccupied with its own health and economic crises, one is bound to wonder whether there will be sufficient political energy within the EU institutions and member states to make this ‘new agenda’ a reality. One certainly hopes so.