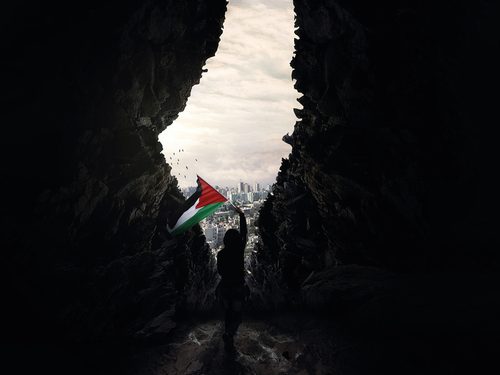 Before supporting the parliamentary motion proposed by Sinn Féin, Coveney stressed the importance of also condemning the rocket attacks by Hamas. Sinn Féin, however, refused to support an amendment condemning Hamas.

“The scale, pace and strategic nature of Israel’s actions on settlement expansion and the intent behind it have brought us to a point where we need to be honest about what is actually happening on the ground”, Coveney declared, comparing it to “de facto annexation”.

Coveney pointed out that Ireland is the first EU member state to describe Israel’s actions as annexation, adding “this is not something that I, or in my view this house, says lightly”.

He went on to stress that “the acts of terror by Hamas and other militant groups in firing rockets indiscriminately into Israel… cannot and should not ever be justified”.

While Israel and the US do not see Israel’s settlements in the territory captured in 1967 as illegal or an obstacle to peace, most countries disagree. Israel denies accusations of human rights violations against Palestinians and cites religious and historical claims on the region.

Approximately 450,000 Israelis live in the controversial settlements on the West Bank, along with about three million Palestinians.The Irish government’s move comes in the wake of the violence between Israel and Hamas which was ended after 11 days and had set off pro-Palestinian marches in Dublin.