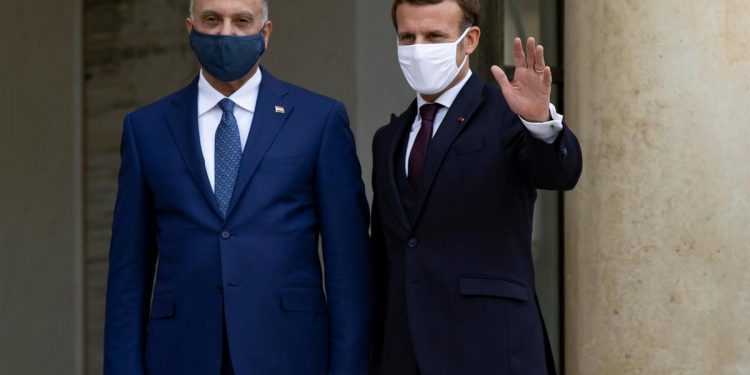 After their meeting in Paris on Monday, al-Kadhimi and Macron stressed the importance of the fight against terrorism, Reuters reported. Al-Kadhimi Paris visit was a follow-up to Macron’s visit to Iraq in September, when the French President avowed support for Iraq’s sovereignty amidst the challenges the country faces from Islamic state militants and foreign interferences.

In Berlin on Tuesday, Merkel announced Germany’s continued support for Iraq as part of the coalition against the Islamic State of Iraq and the Levant (ISIL) and NATO police training mission, DW reported.

Merkel praised al-Kadhimi for supporting democratic reforms and noted that his government is pursuing a very ambitious agenda when it comes to the fight against corruption, the rule of law, the state’s monopoly on the use of force and strengthening of state institutions. She was confident the early elections now slated for June next year would strengthen the Iraqi people’s confidence in state institutions.

Al-Kadhimi took office in May, after mass anti-government protests led to the fall of the previous government headed by former Prime Minister Adil Abdul-Mahdi.

Merkel pointed out that the Islamic state remains a threat to the region and beyond, reiterating that Germany is determined to continue supporting Iraq on security issues. To help Iraq weather the coronavirus crisis, she offered to provide ventilators and protective equipment as well as training for medical personnel.

Al-Kadhimi pointed out that the Iraqi government is committed to election transparency. He thanked Germany for its role in stabilization efforts in the region. The Iraqi government, he stressed, looks to improve cooperation with Germany, especially with regard to refugee and economic policies.