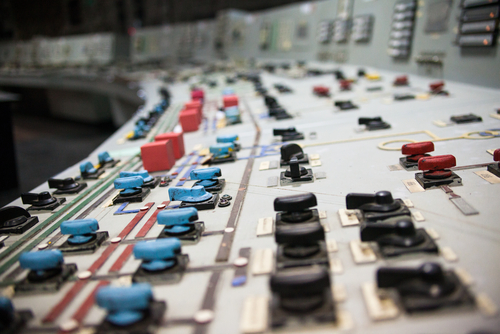 Control panel of the nuclear power plant. Close up.

Brussels (Brussels Morning) Iran’s only nuclear plant underwent an emergency shutdown this weekend. State TV confirmed the shutdown, announcing it would last for three-to-four days, but offered no details as to what caused the emergency. The country’s power grid is subject to blackouts during this period.

The plant, constructed by Russian companies, has long faced potential problems as the country’s failing economy and international sanctions limited access to spare parts and equipment from Russia.

Under the terms applied to the construction of the plant, it was regularly monitored by the International Atomic Energy Agency (IAEA), with the facility using Russian uranium, and expected to return used fuel rods back to Russia.

The shutdown comes after the election of ultra-conservative cleric Ebrahim Raisi as the new President of Iran. His election was marked by a record low turnout. Apathetic voters troubled by economic concerns felt deprived of choice since most moderate and reformist candidates were barred from contesting the election.

Meanwhile, negotiations in Vienna between the original signatories of the Iranian nuclear treaty, the Joint Comprehensive Plan of Action (JCPOA), seem to have concluded, with European Union representatives optimistic about the progress made.

The 2015 JCPOA provided Iran with much-needed relief from sanctions in exchange for agreeing to enforceable limits on its civilian nuclear programme, designed to make sure Tehran could not develop nuclear weapons. The treaty began to unravel when former US President Donald Trump unilaterally withdrew and reintroduced sanctions against Iran, prompting Tehran to engage in a progressive series of breaches of the treaty.

EU envoy Enrique Mora, who chaired the sixth round of talks in Vienna between the US, Iran, Russia, China, Germany, France and Britain said the group has edged closer to a deal, but is not yet there. Russian envoy Mikhail Ulyanov said the envoys would now return to their capitals to prepare for a likely final round, noting a couple of decisions remain which require political decisions to be made.

Iran’s economy is struggling. The national currency has lost half its value in the past two years and more than 6 million people are out of work. Tehran is eager to resume trading its oil in the international market, but has so far refused to reverse its uranium enrichment to levels allowed by the lapsed treaty. Instead, it demands that the US should take the first step, since it was Washington that left the treaty initially.