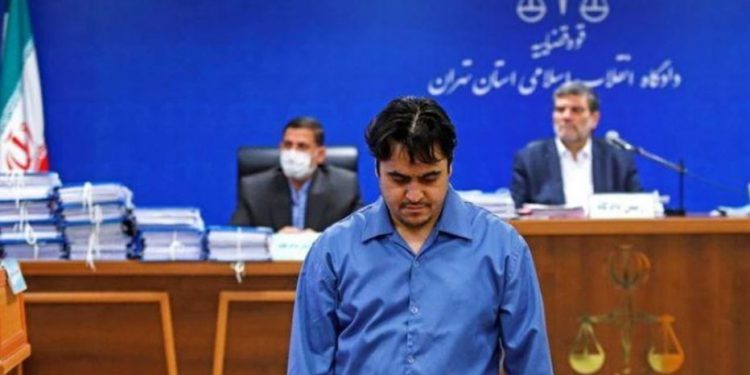 In condemning the execution, the EU statement reiterated the bloc’s steadfast opposition to capital punishment under any circumstances.

The Foreign Ministry of Iran criticised the statement as “an unacceptable interference in Iran’s domestic affairs,” according to the state-controlled IRNA news agency.

Zam had been accused of inspiring nationwide protests and was convicted of “corruption on Earth,” which is among the most serious offences in Iran and is often used in reference to espionage or anti-government efforts.

Zam, who had been living in France, where he had been granted political asylum, was apparently captured by Iranian authorities while travelling in Iraq. The French Ministry of Foreign Affairs describes his hanging as barbarous and unacceptable, warning about its negative effects on freedom of speech in Iran.

Zam had compiled information on nationwide anti-government protests that were launched at the end 2017 over the sudden surge in food prices. For this, he was accused of helping to spread negative information about officials of the theocratic government. He was hanged on Saturday after the Supreme Court of Iran confirmed the death sentence passed in June, RFI reported yesterday, Sunday.

Reporters Without Borders pointed out how it had warned UN High Commissioner for Human Rights Michelle Bachelet about Zam’s situation in October. Diana Eltahawy, Amnesty International’s Deputy Director for the Middle East and North Africa, declared that noted the “execution is a deadly blow to freedom of expression in Iran and shows the extent of the Iranian authorities’ brutal tactics to instil fear and deter dissent.”

On Saturday, the EU External Action Service called on Iranian authorities “to uphold the due process rights of accused individuals and to cease the practice of using televised confessions to establish and promote their guilt.”According to the IRNA news agency, Zam was found guilty of spying for France and an unnamed country in the region, undermining national security, cooperating with the hostile US, insulting Islam and instigating violence at the 2017 protests.