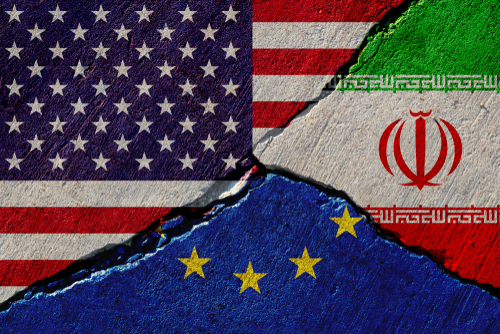 However, the most difficult issues have yet to be resolved, he said, noting that “nothing is agreed until everything is agreed”, Reuters reports.

Khatibzadeh was at pains to point out that Iran’s Supreme National Security Council, which handles the talks in Vienna, reports to the country’s top authority, Supreme Leader Ayatolla Ali Khamenei.

Separately, Ali Shamkhani, secretary of the Supreme National Security Council, stated that the talks with European negotiators would continue, while adding that talks with the US would not result in “any breakthroughs.”

Indirect talks between Iran and the US got underway in Vienna in April because of the fears sparked by Iran’s development of its nuclear programme, which some in the West saw as irreversible unless the nuclear deal is revived.

In 2018, the US withdrew from the Joint Comprehensive Plan of Action (JCPOA) under former President Donald Trump. Washington has been looking to revive the deal through the current indirect negotiations in Europe since April.

Last week, Reuters reported that a new deal is taking shape, and that the draft proposals include the release of Western prisoners from Iran and the unfreezing of Iranian funds held in South Korean banks.

On Saturday, Hossein Amirabdollahian, Iran’s Minister of Foreign Affairs, said that the country is prepared to exchange prisoners with the US. He added that the nuclear deal could be revived “at the earliest possible time” if the US made the concessions that Tehran is calling for.

Signed in 2015, the JCPOA limited Iran’s enrichment of uranium, making it more difficult for the country to make the materials required in the production of nuclear weapons.

The deal placed constraints on Iran’s enrichment capabilities as well as its stockpiles of fissile material.

In exchange, China, France, Germany, Russia, the US, the UK and the EU had agreed to lift international sanctions against Iran.

Tehran has been violating JCPOA limits since the US withdrew from the deal and re-imposed sanctions against Iran.