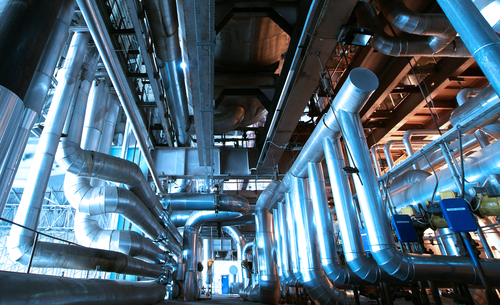 Teheran (Brussels Morning) Iranian Press TV reported an incident at the Natanz nuclear facility on Sunday, just a day after Tehran started new, advanced centrifuges for uranium enrichment at the site, in its latest breach of the Iran nuclear treaty.

According to the spokesman of the Iranian Atomic Energy Organisation, Behrouz Kamalvandi, the incident itself was not hazardous and “caused no casualties or contamination”. He did say that electricity was affected at the Natanz facility.

The International Atomic Energy Agency (IAEA), which monitors Tehran’s compliance with the 2015 treaty, known as the Joint Comprehensive Plan of Action (JCPOA),offered no comment on the incident beyond saying that it was aware of the media reports on the subject.

On Saturday, President Hassan Rouhani announced that Iran had begun mechanical tests on its most advanced nuclear centrifuges, the IR-9 line. The centrifuges would enable Iran to enrich uranium at a much faster pace than before, the reason why their use was prohibited by the JCPOA.

Rouhani’s announcement came as envoys from Iran, the EU and all permanent members of the UN Security Council with the exception of the US were meeting in Vienna to discuss how to return the US to the treaty, which former President Donald Trump had withdrawn Washington from unilaterally in 2018. The Vienna discussion were also focused on how to convince Iran to return to full compliance with the treaty’s provisions, which Tehran started breaching in steps of increasing severity after the US withdrawal.

Sunday’s incident at the Natanz facility likely represents a setback for the Iranian nuclear programme. Iranian lawmaker Malek Shariati-Niasar tweeted that the incident “is strongly suspected to be sabotage or infiltration”.

Iran’s nuclear programme previously has faced a number of incidents involving sabotage, infiltration and assassination, most of which were attributed to Israel. A fire at the facility in July last year was declared to be a sabotage attempt. A top programme scientist, Mohsen Fakhrizadeh, was assassinated last year by an AI-controlled machine gun, with Tehran blaming Israel for the kill.

In 2010, a sophisticated computer virus called Stuxnet infected the centrifuge control computers at the Natanz facility, causing serious damage to equipment and a long delay in the Iranian nuclear programme. The virus is widely believed to have been developed by Israel and the US.