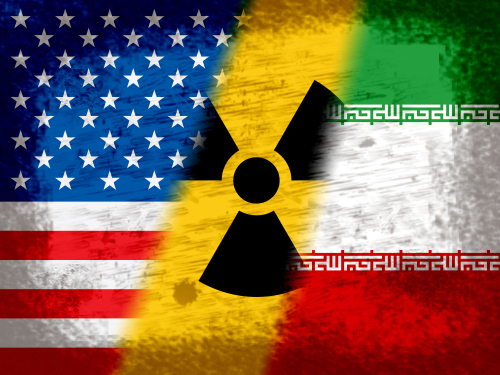 Brussels (Brussels Morning) Iran will not engage in a quid-pro-quo de-escalation of the nuclear treaty standoff with the US by halting its 20% uranium enrichment unless and until Washington lifts all sanctions currently in place against Tehran, Reuters reports.

Iran is currently under US sanctions imposed by the administration of former President Donald Trump, a move that was brought about when Trump unilaterally withdrew Washington from the Iran nuclear treaty.

The Joint Comprehensive Plan of Action (JCPOA) was signed in 2015 between Iran and the US, as well as other four permanent members of the UN Security Council, along with Germany and the EU. The aim was to impose limits on Iran’s nuclear programme to ensure its viable civilian use, while preventing possible its weaponisation.

After Trump withdrew from the treaty, Tehran began a series of escalated breaches of the treaty’s provisions, which the new US President Joe Biden insisted Iran must reverse before Washington would ease sanctions.

Tehran maintains the US cannot be trusted, given that it was Washington that abandoned the treaty without proper cause. Now, Tehran is refusing to offer any good will concessions unless or until the US lifts all of its current sanctions.

The Biden administration has been seeking a way to break the impasse, having initially insisted that Tehran needed to first return to full treaty compliance before sanctions could be lifted.

In its latest draft proposal, the US was to ask Iran to halt some of its nuclear activities, such as enriching uranium to 20% purity, in exchange for some relief from sanctions, the goal being to achieve a step-by-step removal of sanctions and a full return to compliance by Tehran.

On Tuesday, Iran’s state-run Press TV announced that Tehran would reject such a proposal, citing an unnamed government official, who insisted that only the unilateral removal of all sanctions could persuade Iran to resume compliance with the JCPOA.