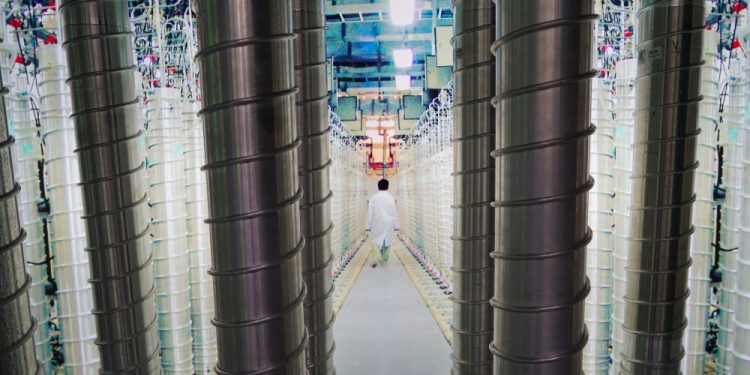 Brussels (Brussels Morning) Five of the major powers that concluded the landmark 2015 nuclear deal with Iran have called on Tehran to roll back its violations of the accord and return to full compliance, AP reports.

The deal was originally signed between Iran, EU, the five permanent members of the UN Security Council (the United States, Russia, China, the United Kingdom and France) as well as Germany. Washington’s unilateral withdrawal from the agreement in 2018 prompted Tehran to start violating the accord.

The deal, formally known as the Joint Comprehensive Plan of Action (JCPOA), stipulated that Iran would stop using advanced centrifuges for uranium enrichment, would reduce its low-enriched uranium stockpile to 300 kg, abandon its stockpile of medium-enriched uranium, and would stop enriching uranium to more than 3.67% of uranium 235 (U-235), the level deemed sufficient for civilian nuclear energy applications. In return, Iran was promised economic incentives, which mostly failed to materialise once the US withdrew from the deal.

Hope for return of US

At a virtual meeting in Vienna on Wednesday, three European signatories – France, Germany and Russia – expressed hope that the US could be brought back into the JCPOA following the upcoming change of administration in Washington. President-elect Joe Biden previously stated as much. The JCPOA was negotiated while Biden was Vice President during the Obama administration.

Despite Iran’s violations of the pact, the International Atomic Energy Agency, which has charge of monitoring compliance, reported that Tehran is still providing its inspectors full access to its nuclear site, reportedly a key reason why the remaining JCPOA signatories believe the deal is worth preserving.