Iran holds indirect nuclear talks with US in Vienna 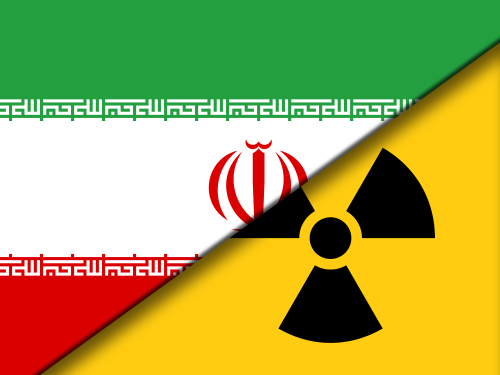 Brussels (Brussels Morning) Envoys from Iran and the US arrived in Vienna on Tuesday for informal, indirect talks on the defunct Iran nuclear treaty, with representatives from UK, France and Germany acting as intermediaries between the two sides, Reuters reports.

The nuclear treaty – called Joint Comprehensive Plan of Action (JCPOA) – was originally signed in 2015 between the US and Iran, with other permanent UN Security Council members plus Germany serving as intermediaries and guarantors.

The treaty led to the lifting of UN and US sanctions against Tehran, while Iran accepted limits on its nuclear programme, designed to ensure it would not be able to serve the production of nuclear weapons in any way. While Iran adhered to the terms of the treaty, US President Donald Trump pulled his country out of the deal, imposing unilateral sanctions on Tehran, which in turn responded with a gradual series of breaches of the treaty’s provisions.

With US credibility damaged, Iran refused President Joe Biden’s call to return to full compliance with the treaty terms, insisting that the US would have to lift its sanctions first before Tehran would stop enrichment processes that exceeded the limits set in the JCPOA.

Iran’s supreme leader Ayatollah Khamenei also rejected the idea of quid-pro-quo de-escalation, in which parts of the sanctions would be lifted in exchange for some compliance, maintaining Iran’s firm stance that the US must first lift all sanctions before Iran would make any concessionary moves towards compliance.

Tuesday’s talks were designed to serve as a face-saver for both sides, with Iran officially holding talks with the UK, France, Germany, Russia and China, while envoys from the three European countries would shuttle back and forth between Iran and US envoys, and exchange offers and positions.

Whatever deal, if any, is to be reached, would ultimately be observed and enforced by the International Atomic Energy Agency (IAEA). Russia’s envoy to the IAEA Mikhail Ulyanov said after the meeting that the parties tasked two expert-level groups on sanctions-lifting and nuclear issues to identify concrete measures in order to move forward.

“The restoration of JCPOA will not happen immediately”, Ulyanov twittered. “It will take some time. How long? Nobody knows. The most important thing after today’s meeting of the Joint Commission is that practical work towards achieving this goal has started”.