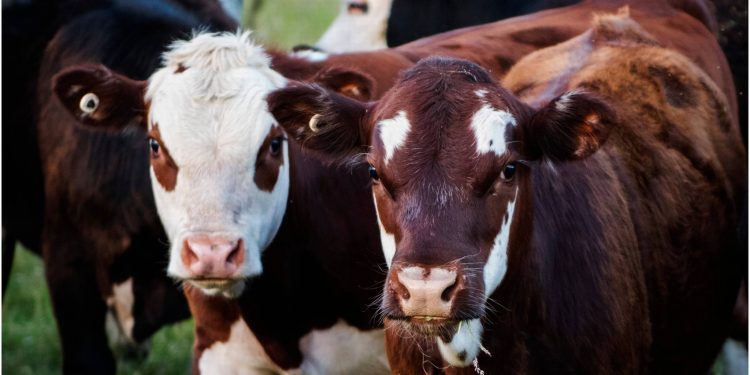 The investment arm of northern Europe’s largest financial services group has dropped JBS, the world’s biggest meat processer, from its portfolio. The Brazilian company is now excluded from assets sold by Nordea Asset Management, which controls a €230bn (£210bn) fund, according to Eric Pedersen, its head of responsible investments.

The decision was taken about a month ago, over the meat giant’s links to farms involved in Amazon deforestation, its response to the Covid-19 outbreak, past corruption scandals, and frustrations over engagement with the company on such issues. “The exclusion of JBS is quite dramatic for us because it is from all of our funds, not just the ones labelled ESG,” Pedersen said.

ESG stands for the “environmental, social and governmental” standards used to evaluate a company’s sustainability and societal impact for investors. A third of Nordea Asset Management’s investments are classified as ESG, Pedersen said. Nordea was one of 29 international financial institutions managing $3.7tn (£2.9tn) worth of funds that warned the Brazilian government last month over rising deforestation. Last year, Nordea suspended the purchase of Brazilian government bonds after the Amazon fires crisis.

Over the past year alone, five exposés by the Guardian, the Bureau of Investigative Journalism, the Brazilian agency Réporter Brasil, Greenpeace and Amnesty International, have linked JBS to cattle supplied by Amazon farms involved in deforestation.

Although the company has made advances in controlling its “direct suppliers” – the farms from which its slaughterhouses source cattle – it is unable to control its “indirect suppliers”. These are farms breeding or rearing cattle that sell on to farms that in turn supply JBS slaughterhouses. In some cases, the “clean farms” have links to “dirty farms” – or are even run by the same people, as in the latest case revealed on Monday.

JBS and Brazil’s other large-scale meat producers Minerva and Marfrig have been subject to controversy over their Amazon cattle sourcing for more than a decade.

In 2009, after a devastating Greenpeace report, JBS, Marfrig, Minerva and other companies committed to stop buying from any direct suppliers involved in deforestation. Within two years, they promised to verifythat their indirect suppliers were not involved in deforestation, either – but that promise has yet to be fulfilled. That same year JBS, Minerva and Marfrig signed similar deals with federal prosecutors.

In 2017, JBS was fined $7.7m by government environment agency Ibama for buying over 49,000 cattle from illegally deforested areas in the Amazon state of Pará – some from indirect suppliers. As a result, Greenpeace walked out of the deal, but the agreement with federal prosecutors still stands. In July 2019, an investigation published by the Guardian, the Bureau of Investigative Journalism and Réporter Brasil found that JBS slaughterhouses in the same state had bought cattle from farms owned by AgroSB Agropecuária SA, a powerful ranching company.

Those farms had been supplied with cattle from another ranch owned by the same company – a ranch with a long history of fines and land embargoes for deforestation. AgroSB said the deforestation had occurred before it bought the land in 2008. JBS said it did not buy cattle from land that had been illegally deforested or embargoed against use for ranching and that its own 2018 independent audit showed that more than 99.9% of its purchases met the terms of the Greenpeace deal.It did not say that its independent audit recognised the company was unable to audit its indirect suppliers. And earlier this year a Réporter Brasil investigation published by the Guardian linked the company to a farmer whose farm, according to satellite images, had seen extensive deforestation in 2015. A sawmill the farmer had owned in another location also had a long list of fines. A court recently dropped charges against him in another case involving the massacre of nine men.

JBS reiterated its previous position that it did not buy cattle from farms involved in deforestation, invasion of indigenous reserves, rural conflicts or land conflicts, and denied the farmer had ever been a supplier. The company said it monitored more than 50,000 potential cattle-supplying farms every day and had blocked more than 8,000 due to non-compliance.

It told the Guardian: “Full traceability of our supply chain including workable solutions to monitor indirect supply remains a top priority. New initiatives have been proposed and are being examined with stakeholders on top of the substantial policies that have already been implemented.” On 1 July it introduced a new “theoretical index” that uses a farm’s productivity to calculate if it is suspected of cattle laundering and now checks supplier farms for Ibama embargoes. It has also said it is working on a “green” version of cattle movement records with Brazil’s agriculture ministry that would show the environmental status of supplying farms. The company has said it has been discussing the scheme with the ministry since 2014.

Marfrig repeated its previous statements and said it was “fully aware of the challenges related to the livestock production chain”, highlighting its mechanism under which farmers supply information on their suppliers. It said 53% of its Amazon cattle came from indirect suppliers. Minerva said its Amazon cattle purchases were “100% made in monitored farms” but that it was not possible to fully track Amazon cattle movements without full access to government data, which it does not have.

In June this year a Greenpeace investigation reported by the Guardian found JBS, Marfrig and Minerva had bought cattle from a farm that sourced cattle from another farm inside a protected reserve in Mato Grosso state co-owned by the same owner – who had been charged with environmental crimes. According to a 2017 Observer report, JBS had said it had blocked purchases from farms inside the reserve.

This month, Amnesty International, with Réporter Brasil, revealed that cattle illegally grazed in protected areas of the Amazon state of Rondônia had entered the JBS supply chain.

JBS says the company “is fully committed to achieving a deforestation-free beef supply chain and avoiding irregular suppliers. We acknowledge that indirect supplier traceability remains a system level issue in Brazil and are working with governmental and cross-industry stakeholders to find workable solutions. We urge anyone with evidence of malpractice to report it to the appropriate authorities. We also operate a company whistleblowing hotline for any employee to contact if they see or suspect irregularities.”

But Pedersen said scandals such as these, and JBS’s response to them, influenced Nordea’s decision to exclude the company from its portfolio.

“We’ve had several meetings with them in Brazil and regular updates by phone and video and we’ve not been impressed with the level of commitment we could see from their side,” he said. “If we don’t see progress, we have to take that step.”

Sustainability is increasingly important not just for ESG investments, Pedersen said, but for standard products, too. “We are also engaging with Minerva and of course Marfrig,” he said. “The bar keeps rising.”

JBS told the Guardian that it does not comment on dialogue with its shareholders.

On 23 July, Marfrig launched its own ambitious plan to monitor all indirect suppliers in the Amazon by 2025 and Brazil’s Cerrado savanna region by 2030, using chips in cattle, satellite monitoring, blockchain and risk maps, as well as schemes to help farmers previously involved in deforestation produce sustainably.

“The details are lacking of when it will start, what is the target per year, what system will be used,” said Daniel Azeredo, the federal prosecutor involved in the 2009 deals with the meat companies, but he stressed: “It’s a positive plan.” Adriana Charoux, Greenpeace Brazil’s senior forest campaigner, said the company’s deadlines were too long. “Marfrig knew the roots of this problem in 2009,” she said.

Minerva said that in July it began testing Visipec, a cloud-based, tracing tool developed by the University of Wisconsin and the US National Wildlife Federation. It said it monitors over 9,000 suppliers in the Amazon, but said “currently there are no data and accessible statistics … to determine the number of indirect suppliers in Brazil.”