Investigating the insurrection is still important 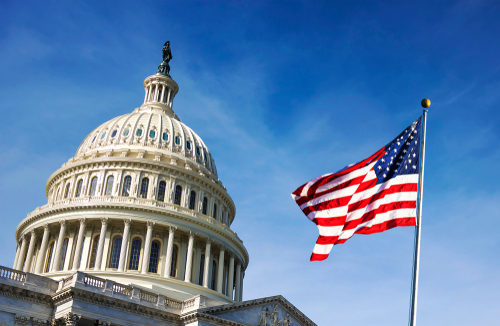 The insurrection of 6 January at Capitol Hill must be investigated — the Trump movement is still strong, writes Lincoln Mitchell.

New York (Brussels Morning) It was probably inevitable that a bipartisan commission to investigate the insurrection at the Capitol on 6 January would flounder on the shoals of Republican Party contempt for democracy, but it is nonetheless a dangerous development.

During the waning days of Donald’s Trump time in office, even before the insurrection on 6 January, there was a growing debate about whether it was best to fully probe the criminality that permeated the Trump administration or whether it was best for the country to move on. That was always a false choice, but it is now clear that the latter position has won the day, at least for now.

The efforts Republicans in congress made to ensure that there would be no investigation make a mockery of both the talk of a GOP civil war that was widespread a few months ago, as well as of the idea that Republicans were outraged, or even upset, about the insurrection. Rather, we now know that the more or less official position of the Republican Party is that of Senator Ron Johnson (R-WI) who recently said, “I knew those were people who love this country, that truly respect law enforcement, would never do anything to break the law, so I wasn’t concerned.”

Johnson has been criticized for the implicitly racist nature of these comments, but his words reflect Republican actions, or more accurately inaction, around the insurrection.

The most likely outcome of not having a major bipartisan commission to investigate the insurrection, while several congressional committees try to pursue some more facts and information about those events, is that the insurrection will quickly become just another issue that pushes Americans back into their partisan corners. Democrats will continue to see it as a major event that represented a violent threat to the lives of elected officials, but also to the core functions or our electoral and Democratic processes. However, Republicans will understand the insurrection as something that ultimately was not that big of a deal — a few people in silly costumes that got a little out of hand.

The absence of support for the bipartisan commission makes it clear that there will be no efforts at post-Trump transitional justice coming from official national level institutions. This is unfortunate because it remains true that only by wrestling with America’s dalliance with authoritarianism during the Trump years can the country’s democracy be reinvigorated. For example, the spate of new voter suppression laws around the country are not directly related to the insurrection, but represent a solidifying of the Republican mindset that electoral defeat is axiomatically proof of election fraud.

The more jarring reality of refusing to investigate the insurrection is that it all but invites a recurrence of it. If the far-right infrastructure that nurtured the movements that led to the insurrection are allowed to continue unabated, face no consequences and remain intertwined with the GOP leadership, it is very likely they will mobilise and claim fraud if Biden is reelected or even if things go poorly for the GOP in the midterm election.

While the events of 6 January are sui generis in American history, the basic pattern should be familiar. Something outrageous occurs leading Democrats to demand answers, investigations and consequences. Republicans, for their part, piously denounce the occurrence, while indicating support for Democratic demands, but then quickly move away from that after a few days. That was the story of the Trump era. The fact that it is continuing after Trump has left office suggest that the crisis of the American democracy, that Trump represented, is still alive and well.

The failure to fully investigate the insurrection rises in part out of Republican opposition to this idea but is also due to a feeling among the political class that the Trump era is behind us and it is easier to move on. That may seem best in the short term, and it is probably the path of least resistance, but it ignores the reality that the Trump movement is still strong and still is the dominant force in the Republican Party. Addressing that will indeed be difficult but ignoring it will be very dangerous.