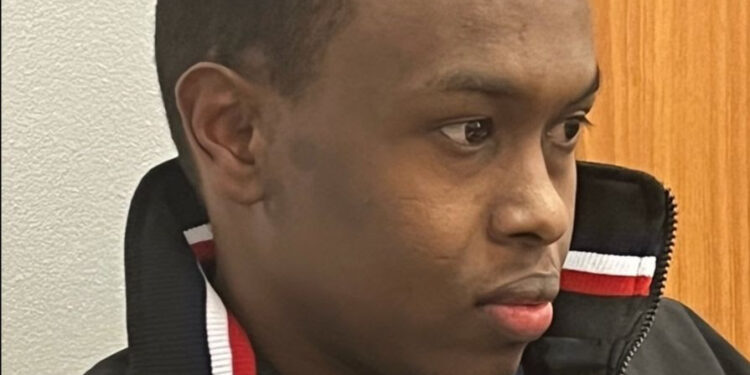 Belgium, (Brussels Morning Newspaper) MEPs have welcomed the release from jail of Somali refugee Mohammad Hanad Abdi. He was sentenced to 142 years in prison in 2021 for “people smuggling” but has now won his appeal in Greece.

Abdi, a 29-year-old Somali political refugee, reportedly saved 31 people during a deadly crossing in a dinghy from Turkey to the nearby Greek island of Lesbos.

However, he was sentenced as a trafficker and spent more than two years in prison. The appeal, which took place on 9 January in the court of Lesbos, reduced his sentence to 37 years, from which eight years to be served.

As he has already spent time in prison and he worked while imprisoned, it was said he will be released in the next few days.

MEPs have welcomed the move, including Greek member Stelios Kouloglou who participated in the trial as a defense witness.

He declared:  “This is an important victory for the international solidarity movement. Mohammad had a fair trial for the first time, and the case was thoroughly examined. The court did not fully vindicate him, although he saved 31 lives, the most important thing is that, despite the sentence imposed on him, he will be released from prison. The international solidarity campaign continues with the goal of fair trials for all innocent refugees convicted and changing the legislation that punishes refugees as traffickers. “

Kouloglou, from the Left Group in the Parliament, visited the refugee in the prison of Chios, in December 2022, and they talked about his case.

“I was convicted of being responsible for the trafficking of all the people on the boat. I had nothing to do with it. I never had a chance to explain myself in court. If I had told my story in detail to the judge, I’m sure I wouldn’t be here today,” Abdi said at the time.

During the visit Abdi explained his case in detail: “In Izmir, I paid 450 dollars to come to Greece. They put us in a car in the middle of the night and took us to the sea. There were also some Turks there and we thought they were the ones driving the boat. After an hour, while on the way, the trafficker was on the phone with someone else who had a boat ahead to check for any hazards. It was my first time on a boat. The sea was rough and I was scared.

Suddenly, the one driving the boat started to shout on the phone and the boat in front of us returned. I was sitting next to the engine and the driver threatened me with a gun and told me to drive the boat. Then, he jumped on the other boat, and off they went. I had to steer the boat to save everyone onboard.

The children were crying out of fear. I was scared too, but I couldn’t do anything. A little while later, the engine stopped. We found a phone and called the Coast Guard for help. Two large boats approached us, they were like the military. They were moving around us and taking videos. We thought they were there to rescue us. Soon after, the boat started to take on water and we began to sink. They started to help us, but two people drowned. They threw us a rope to tie to the engine so the boat wouldn’t sink. I grabbed the rope and tied it. I ended up in prison because I tried to help people. Not to hurt them. Where is the justice in that?”

According to MEPs, his case is not unique. It is claimed that sentencing refugees to extensive prison sentences as smugglers is common practice in Greece, where the government aims to prevent more refugees from reaching the country. This is based on Law 4251/2014, which states that anyone at the helm of a vessel carrying refugees and migrants can be arrested and sentenced as a trafficker to a prison term equal to 3 years per passenger, and an additional 15 years per person who may lose their life during the journey.

A spokesman for the Left Group said, “The reality, however, is different: during the journey, the real smuggler abandons the ship after first handing over the helm – often at the gunpoint – to an unfortunate refugee nearby. When the Coast Guard locates the boat, the person manning it is often arrested and convicted as the smuggler.

“This was the case of Akif Razuli and Amir Zahiri. They were initially sentenced to 50 years each. On 8 December 2022, the news of their release came as a great victory: Akif was acquitted of all charges, while Amir’s sentence was changed to 8 years in prison, allowing for his release, as well, after serving his mandatory sentencing period.”

The spokesman added, “In 2019 alone, 1,905 people were sent to Greek prisons, convicted as smugglers, after trials lasting an average of 28 minutes, often without the presence of a translator, resulting in an average sentence of 44 years.

“Despite the pandemic and lockdowns worldwide, their number at the beginning of 2022 increased to 2,282. Convicted smugglers in Greek prisons are the second biggest category of prisoners,” concluded the spokesman.