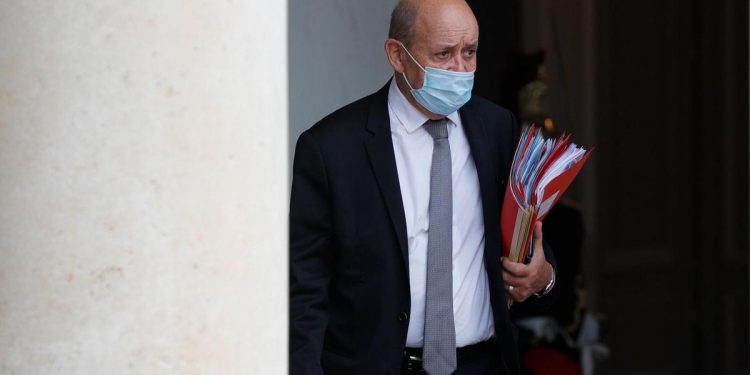 On the sidelines of the UN General Assembly session on Wednesday, France called for international pressure to form a new cabinet in Lebanon, France24 reports.

Speaking at a video-conference meeting, France’s Minister of Europe and Foreign Affairs, Jean-Yves Le Drian, pointed out that Lebanese political factions have yet to reach agreement on forming the government.

Strong and convergent international pressure is needed to push Lebanese politicians to respect their commitments, Le Drian said, adding that efforts had to be sustained as long as necessary. Le Drian reiterated that international financial support would not be forthcoming until Lebanon implements reforms.

Members of the International Support Group for Lebanon who attended Wednesday meeting at the UN included Secretary-General António Guterres, World Bank president David Malpass and representatives of France, Germany, Italy, the UK, the US, Russia, China, the EU and the Arab League.

Lebanon’s Prime Minister-designate Mustapha Adib is being urged to form a new government as soon as possible so that the country can start implementing much-needed reforms.

Two main Shia groups in Lebanon’s power-sharing system – Amal and Hezbollah – have blocked Adib’s efforts by insisting on their respective rights to determine who should be appointed the new finance minister.

While France and Italy are stressing the importance of forming a new government, the US and Saudi Arabia are attempting to block Hezbollah from having a role, citing its alignment with Iran.

Lebanese President Michel Aoun has repeatedly warned that Lebanon is in dire straits, pointing to the coronavirus pandemic and the influx of large numbers of displaced people from Syria — now amounting to approximately one third of Lebanon’s total population. He urged donor countries to double their contributions and to provide direct assistance to Lebanese institutions.

The donors in question had promised aid worth US$ 11 billion, conditional upon Lebanon implementing reforms, which have yet to be enacted.