Interest in the Arctic picks up in EU-Brussels 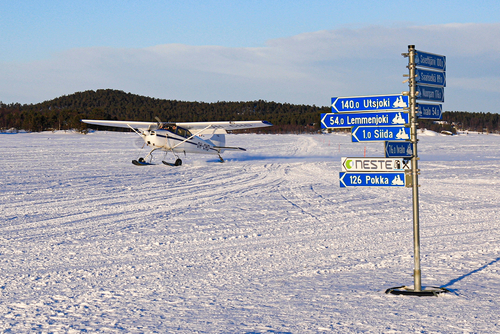 Despite its limited geographic reach into the high north, the EU aims at a greater political role in the Arctic.

“The Arctic is crucial in terms of the Green Deal,” Michael Mann, the EU’s Arctic Envoy, told Brussels Morning in a recent interview

“Mineral extraction in the Arctic could become more and more important, and so is getting a balance between precaution and preservation,” Mann says. He was recently appointed EU envoy to the region, having served as EU ambassador to Iceland.

“It is not like Antarctica, there are people living there. We use resources from the Arctic and we contribute to global warming, as well as campaigning against global warming. So there is no better illustration of why we need the Green Deal than what is happening in the Arctic.”

The Scramble for the Arctic

In his capacity as High Representative for the EU’s foreign policy, Josep Borrell has taken an interest in the Arctic dimension, even discussing it with Russian counterpart Sergei Lavrov on his visit to Moscow in early February. With the northern sea route opening up across the North Sea and access to minerals becoming easier as the ice cap gives way, a number of countries are now engaged in the scramble for the Arctic.

“Now that China is calling itself Near-Arctic and has begun exploiting the sea route with Russia, the EU would lack in credibility if we did not have an Arctic policy,” Mann says.

So far, the EU’s involvement in the region centres on bringing about sustainable development and working on preserving biodiversity and countering climate change as well as air pollution reaching the Arctic.

“We work on addressing the problem of black carbon, soot, with Russia, to lower emission from energy generation and transport that risks reaching the Arctic. We are working with the Arctic Council on this because soot accelerates global warming. Dealing with nuclear waste is also in our interest,” Mann explains.

International cooperation on the Arctic centres around the Arctic Council, a body that does not look to bringing the EU on board as a member. The EU does not even have formal observer status.

“Most countries would accept that the EU plays a positive role,” Michael Mann says in defence of the EU’s Arctic interests. “In fact, the EU does a lot more than we get credit for. We have been spending some €20 million on science and research programmes every year.”

Even though Greenland, with territory in the Arctic, formally left the EU in the 1980s, some EU programmes still target the region’s education sector. The EU sees scope for pursuing cooperation with the Arctic nations on e.g. fisheries in the future, as well as countering the environmental hazards that threaten to unfold because of global warming.

No to “green colonialism”

“As far as the Saami are concerned, I think that the EU’s involvement in the Arctic contributes to understanding the needs of our local communities,” says Elle Merete Omma, says. She is a member of the Saami Council that unites the Saami people across Lapland, the area that spans across the northern reaches of Sweden, Finland and Norway. Having just attempted to cross the border into Sweden, unsuccessfully this time due to sudden pandemic-induced border controls, Omma speaks to Brussels Morning from her home in Norway.

“I did not get across the border this time, either,” she says, commenting on the restiricitons and a turn of events unheard of in this region that traditionally knew no borders.

“Politically, the EU can help us by partnering in talks with the governments in the Scandinavian capitals. When looking to the EU’s Arctic strategy, the ambition for the indigenous people is quite clearly set out, something that long was lacking in the Scandinavian countries’ national approach to the area.”

The Saami Council does see a limited political role for the EU in the Arctic, as long as it does not touch on security policy. “It really should be a question of EU support for research cooperation and the like,” Omma says. “On our part, the Arctic Council is a forum where cooperation is furthered between Russia and North America by leaving security policy and military matters out. If the EU can facilitate such a dialogue, while setting aside security policy, then it is welcome.”

The renewed interest in the Arctic is because of the sudden focus on oil and gas and other minerals, as well as other products. “When looking at the EU’s Green deal from a Saami perspective, it would seem the presumption is that the indigenous people should adjust their living. The consequences could hit twice, both by the effects of climate change and the mitigation measures,” Omma surmises. “But the EU’s Arctic policy should not turn into a form of green colonialism!”

On the one hand, the EU is keen to protect biodiversity and primary forests, while on the other,  securing access to minerals plays its part.

“For our traditional livelihoods, sustainability is key,” Omma clarifies, citing reindeer herding as a case in point. “In this region we already have sustainable entrepreneurship, so it should not be turned into a context whereby outside investors come in to develop mining,”