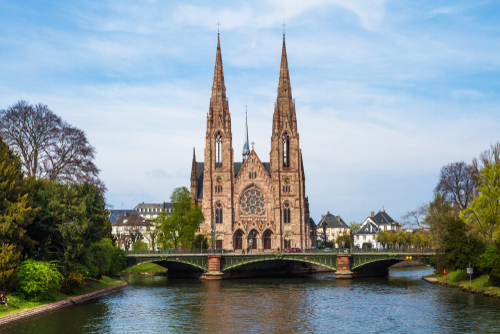 Brussels (Brussels Morning) A commission investigating sexual abuse cases in the French Catholic Church has found that an estimated 216,000 cases of paedophilia occurred in the period between 1950 and 2020.

The head of the commission, Jean-March Sauvé, in presenting its findings on Tuesday, said that the abuse was systemic. According to the report, the French Catholic Church not only failed to take the necessary measures to prevent the abuse, but also regularly turned a blind eye.

Cases were found in which the Church failed to report abuse, and at times even knowingly put children in touch with reported predators. Sauvé remarked that the Church had shown “deep, total and even cruel indifference for years”, noting that its main goal had been to protect itself, rather than the victims of the abuse. A similar conclusion was found by an inquiry concluded last year in the UK.

Responding to the commission’s findings, the head of the French Catholic Church, Archbishop of Reims, Eric de Moulins-Beaufort, said the Church was shamed by the report. De Moulins-Beaufort asked the victims for forgiveness and pledged to act.

The commission was established by the French Catholic bishops in 2018, with the goal of restoring confidence in the institution as congregations were dwindling. Its investigation was conducted without further influence from the Church, and its conclusions were reached independently.

Sauvé said that the problem continues to persist. The findings showed that the Church only started changing its attitude towards the victims since 2015. The commission recommended that in future the Church must ensure all reports of abuse are transmitted to the judicial authorities, and that all victims should be provided with adequate financial compensation.

The commission’s investigation identified around 2,700 victims through an open call for testimonies, and it found thousands more in the Church’s archives. According to the 2,500-page report, a vast majority of the victims were boys, aged 10-13.