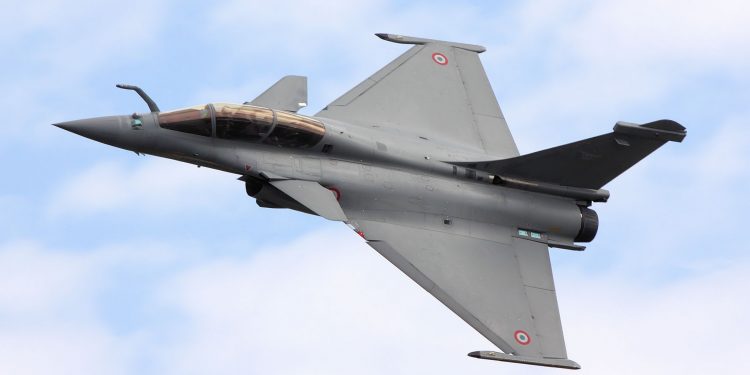 Belgium, (Brussels Morning Newspaper) Indonesia has agreed to buy 42 Rafale fighter jets from France, having signed signing a purchase deal on Thursday for the first six.

The Indonesian Minister of Defence, Prabowo Subianto, announced the deal as he held a meeting with his French counterpart Florence Parly in Jakarta, France24 reports.

“We agreed on the purchase of 42 Rafale”, Subianto declared. “The contract signed today is for the first six, which will be followed by 36 others.”

The agreement reflects the warming relations between the two countries at a time when France has been rethinking its alliances in the Asia-Pacific after the scrapping of its submarine deal with Australia in September last year. Then, France insisted that it had received no warning about Australia’s negotiations on a new defence agreement with the UK and the US.

In response to the rise of China, Australia decided to acquire nuclear submarines as part of its new AUKUS defence pact with London and Washington.

Indonesia decided to modernise its ageing fleet by replacing its US F-16s and Russian Sukhois with French Rafales.

Today in Jakarta, Parly pointed out that the Rafales fighter jets are known for their “technical excellence”, having demonstrated their “operational capabilities on numerous occasions.”

Besides the deal with France, Indonesia is reportedly negotiating the purchase of 30 F-15s from the US as well as as participating in a South Korean combat aircraft development programme.

Several Asian countries have criticised the AUKUS pact, including Indonesia’s Foreign Minister, Retno Marsudi, who warned that formation of the pact could start a nuclear arms race in Asia-Pacific.

After the French deal with Australia fell through, the country set out to strengthen ties with its partners in the region, including India and Japan.Rafales entered service in 2014 and have been popular on the international arms market. In December, the United Arab Emirates ordered 80 jets for 14 billion euro. Other clients of the French Dassault Aviation aircraft manufacturer include Croatia, Egypt, Greece and Qatar.