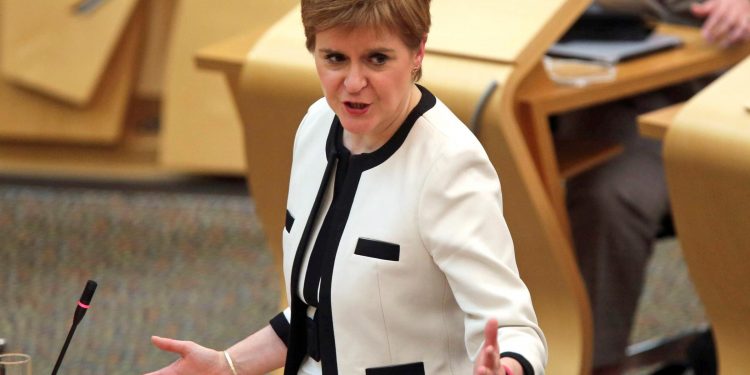 “The UK Government are not only set to break international law – it is clear they are now set to break devolution,” said Sturgeon, responding to the bill’s release yesterday.

Sturgeon also hit out at Prime Minister Boris Johnson calling the bill an “abomination”, adding, “It is a naked power grab which would cripple devolution”.

Referring to aspects of the draft legislation, Sturgeon said “The plan for mutual recognition of standards in reality means a race to the bottom when it comes to things like food standards and environmental protections”.

Sturgeon said the Scottish Parliament would be prevented from legislating on various areas, including food, currently covered by high EU standards.

“That could be undermined by Scotland having to accept lower standards set by a UK Government in pursuit of a US or other trade deals – and could see us forced to accept chlorinated chicken.”

Sturgeon added the SNP would resist any reversal of “the devolution of power” before adding,

Sturgeon’s rebuke comes a week after announcing a forthcoming bill setting out another independence referendum.

The first Scottish independence vote was held in 2014 when the majority of Scots voted “no” to separate from the United Kingdom.

The UK government has been accused of conducting secret polling on the question of Scottish independence, the results of which are believed to be as high as 56 percent in favour.