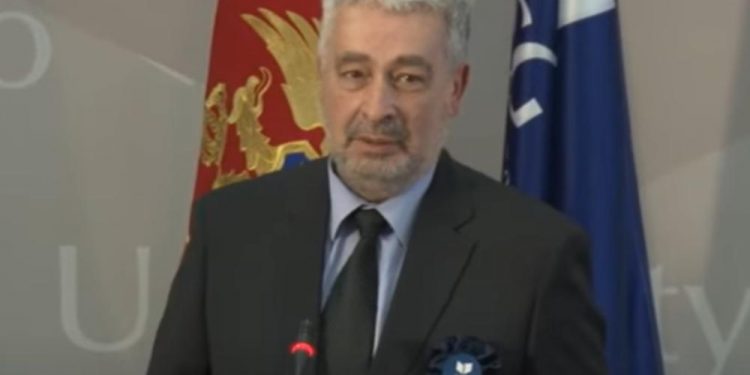 Brussels (Brussels Morning) The Prime Minister of Montenegro, Zdravko Krivokapić, reaffirmed the country’s EU aspirations on Tuesday, predicting Montenegro would be the next to join the bloc, RFI reports.

Krivokapić has vowed to crack down on political corruption, which mars Montenegro’s reputation, declaring that “everybody who worked for their own benefit and to the benefit of their cronies will be prosecuted in court.”

Having met with EU Council President Charles Michel in Brussels within days of taking office, Krivokapić said he firmly believed that “Montenegro is going to become the 28th member state of the EU.”

Krivokapić led the opposition coalition that toppled the Democratic Party of Socialists of Montenegro, President Milo Đukanović’s entrenched socialist party that had held sway since before the breakup of Yugoslavia. Krivokapić won the recent election with the support of the Serbian Orthodox Church in Montenegro and of voters who were fed up with political corruption.

After the meeting, the EU Council President said the EU sees Montenegro as an essential partner, and added that the Council fully supports the reforms now underway in the country. Krivokapić pointed out that Montenegro has started talks with the EU on all 33 negotiating chapters, indicating that the country could qualify before larger EU candidates in the region such as Serbia.

He hoped it would be possible for the Western Balkan countries to join the EU together, but if not, stressed Montenegro was prepared to “set an example for the others and be a good role model for the region.”

As for the crackdown on corruption, Krivokapić stated it was essential to punish everyone who acted unlawfully. Montenegro is restructuring its finances. Much of the country’s debt, he noted, had been incurred through a road contract that had been signed by the previous government with China.

“Over these last seven days since we assumed office, none of us have been able to get possession of this contract with the Chinese,” Krivokapić observed, reiterating his government’s determination to deal with the issue of corruption.