In politics, new policies do not come from new faces: Baerbock and Biden 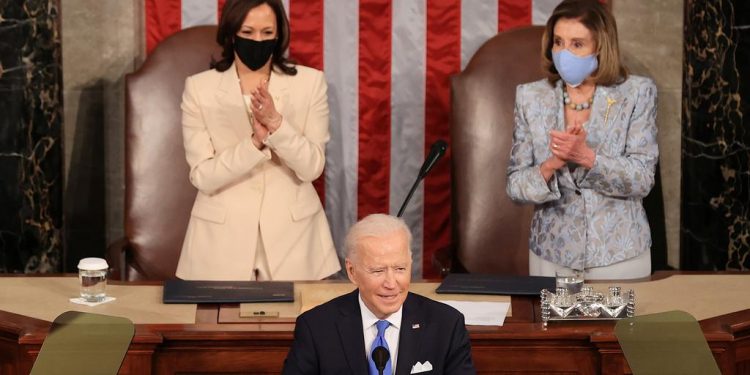 The top candidate of the German Green Party for the federal election in September, Annalena Baerbock, made a provocative remark when she declared her candidacy for the German Chancellery. She noted that she had never been a Chancellor and had never been a minister, but she wanted to dare try something new. If you take that literally, the statement is contradictory, because being a Chancellor is by no means something new. Presumably, however, she meant that she had no government experience, but that wasn’t a bad thing, because she wanted to do everything differently. That, however, would be a terrible and ultimately very expensive misunderstanding for Germany, because you can only dare to do something new if you have mastered the old. US President Joe Biden, the oldest American president of all time, is currently demonstrating how that works.

Much has been written about the inexperience of the youngest candidate ever to run for the most important political office in Germany. But most of it misses the point. It’s not her lack of experience that’s the real problem, it’s Baerbock’s belief that she can somehow make up for inexperience with great commitment or big ideas. That’s exactly what doesn’t work. Any person elected to a political leadership office is bound to fail if he or she is not able to cope with the tremendous burden of routine work that such an office inevitably and routinely entails, which is where experience comes in handy.

You have to think of big stage politics as a very big production. Every top politician has vast numbers of experienced officials at his or her disposal, who plan every step ahead, and prescribe every word in its truest sense, doing everything to avoid the Chancellor’s embarrassment in improvised acts of spontaneity. In the big production, the “best” politicians are those who play their roles without any fuss and with great self-confidence, without ever deviating from the prescribed script. Angela Merkel and Olaf Scholz are the prototypes of this style of politics, in which one can hardly do anything wrong, if only because one routinely relies on the selfless experience of bureaucrats.

This kind of politics can be “successful” for every half-intelligent person, even in leading positions, because he or she does not cause any trouble anywhere and is, therefore, completely predictable for their national and international partners. In most cases, one also does not have to know much about the matter one is talking about and deciding upon in each case, because the knowledgeable officials have already ensured that long preparatory will have elimininated the possibility of gross mistakes. It is said that there have been “successful” German ministers who for many years have not uttered one spontaneous sentence, but always said exactly what the officials had written down for them. They delivered exactly what was scripted on paper or the teleprompter. If that didn’t work, they learned it by heart.

Politics becomes challenging at the moment you want to go beyond the routine and dare to accept a new challenge. To do this, you need everything that routine politicians don’t have: their own ideas, a comprehensive understanding of the subject matter, close and independent advisors, political courage and most importantly, the willingness to take on all those, including civil servants, who want to do everything the way they have always done it, even in the face of new challenges.

Donald Trump had a point with his criticism of free trade with notorious surplus countries like Germany and China that he really could have scored points with. But the one thing you can’t deny him was courage or audacity, depending on how you want to assess those qualities. He had prepared his performances poorly and was unable to articulate the policy context himself. And he criminally failed to get intellectual flank protection in time.

Even worse, Trump had also failed to understand that actions far outside the routine can only be successful if you first master the routine perfectly. Those who have a massive apparatus under control and have already gained respect from the staffs can, from that point onwards, get the necessary support for actions that go beyond the routine. Those who walk from one chaotic action after another will only make themselves look ridiculous and will naturally receive less than half-hearted support. Nicolas Sarkozy was also typical in that respect. He had many good ideas, but there were simply too many of them. Ultimately, he could not find the time and, above all, the leisure to complete them successfully.

When time is in short supply…

Indeed, the time restrictions one faces at the political summit are monstrous. Anyone who has never worked in a large bureaucracy cannot imagine the sheer mass of procedures that a minister or head of government has to deal with every day. Add to that the public information you have to absorb each day is too short. Only an experienced person can handle that type of workload, and one who has an extremely efficient team as it embodies a great deal of administrative experience. But you also have to be able to quickly see through the vast majority of dossiers, assess risks and recognise the urgency of your own involvement.

Biden, who knows the political business in Washington better than, is someone with that kind of capacity. Even now, he has surrounded himself with a very good team, setting new trends without spending months fighting over certain positions, as Obama did in healthcare reform. If even half of what a favourable to the Administration economist recently told Der Spiegel Magazine is true, Biden has a chance to succeed in Trump’s favourite policy area — international trade — without upsetting trade partners from the outset. In any case, he is beginning to ease the staunch defence of the dollars’ exchange rate, which can be a big step towards success.

Baerbock doesn’t have that level of expertise yet, which is why she’s not the candidate who could dare to implement something new. Combating global climate change on a global level is pretty much the biggest task a German politician can set themself. If you consider that you also have to implement a new and successful economic and redistribution policy, you have a mammoth task ahead that only a really experienced politician could pull off, if she had the confidence and the conviction to do so. It is virtually impossible for an absolute newcomer to master a routine and set new policy trends, particularly when she can only draw from a very limited pool of staff with relevant domestic and international experience in her own party.

Consequently, even a young Green Chancellor, if she really becomes one, will do nothing different from the old Chancellor, who administered the country for 16 years without any impetus of her own, without any ambition and without any attempt to do anything really better. Indeed, history books will say of Merkel that she was an efficient administrator in the post of the Chancellor. Other candidates, Armin Laschet and Olaf Scholz, fit seamlessly into the same role as well. Many Green supporters may still be convinced that their young and fresh candidate is a real alternative. I don’t believe it. Life experience speaks against it.