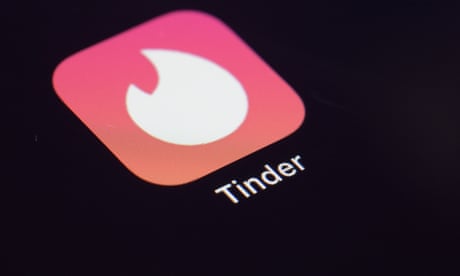 For Hamza Baloch, Grindr was a life-changer. As a gay man in Pakistan, an Islamic republic where homosexuality carries a sentence of up to 10 years in prison, his means of meeting others in the LGBT community had always been shrouded in secrecy and risk and kept within known safe spaces.

But the arrival of dating apps such as Grindr and Tinder in Pakistan about four years ago brought with it a small revolution among young people across the spectrum of sexuality. Here they could connect and meet people on their own terms, with an honesty about their sexuality that was previously taboo and dangerous. The apps proved popular: Tinder has been downloaded 440,000 times in Pakistan in the last 13 months.

“I used Grindr a lot for dating, sometimes just so I could meet up with someone over a cup or tea or dinner, or sometimes for more casual hookups,” said Baloch, who is an LGBT activist in Karachi. He emphasised that Grindr was not just the preserve of upper- and middle-class people in cities, and said he had seen the app used by gay and trans people even in remote rural communities in Sindh province, for example.

But this week the Pakistan government announced it was imposed a sweeping ban on dating apps, accusing them of hosting “immoral and indecent content”. It is part of what has been seen as a move by the prime minister, Imran Khan, to appease the conservative religious factions who wield enormous amounts of power and influence in Pakistan.

In response, Grindr, which describes itself as the world’s largest social networking app for gay, bisexual, transgender and queer people, said it was “exploring ways that we can be of service to the LGBTQ community in the region”.

Homosexuality is still widely perceived to bring shame to families in Pakistan, and has led to so-called “honour” killings. But the apps have also been met with disapproval over heterosexual meetups, particularly for women from more conservative households who are discouraged from dating on their own terms and instead are expected to enter into an arranged marriage with someone selected by their family.

“What sane government in 2020 stops its citizens from dating?” said Baloch. “Even those who call themselves religious and practising people of faith used these apps for their private life to fulfil their desires and human needs, which they didn’t want to do publicly or visibly.”

He added: “No matter which strata of society they belong to, be it a university grad or a shopkeeper at some village, these apps provided a great and a safe platform to the queer community to connect and interact with each other, without putting themselves at risk.”

The apps were not without their dangers. After an incident in 2016 in which a 20-year-old man killed three gay men he had lured from LGBT Facebook pages, claiming to be stopping the spread of evil, the LGBT community was warned to avoid anonymous meetings with people through apps and social media. In order to protect their identities, LGBT people often did not post identifying photos on their Tinder and Grindr profiles.

The decision by Khan’s government to bring in the ban on dating apps has led to accusations of hypocrisy against the prime minister, who before entering politics was a Test cricketer with something of a lothario reputation. Many criticised the move as further evidence of the weakness of Khan’s government in the face of the powerful religious right, while others wryly commented that Khan would be the “playboy that brought in sharia [Islamic law according to the Qur’an]”.

Neesha*, 20, an LGBT student at Habib University in Karachi, said apps like Tinder had taken the fear out of dating, whichwould now return after the ban. While small groups and communities of LGBT people had existed long before the apps arrived in Pakistan, Tinder and Grindr had opened up the opportunity to meet people who might be less comfortable attending LGBT meetups or who were still exploring their sexuality.

Neesha spoke of two university friends who had not known the other was gay, both too fearful to speak openly about it, until they saw each other on Tinder. They subsequently began a relationship. “People say these apps aren’t for countries like ours but I think it’s to the contrary, we need them more because we can’t be public about who we are,” she said, describing the ban as “pure hypocrisy”.

The impact of banning the apps was not only felt in the LGBT community. “Going on dates is considered wrong in our society and so honestly Tinder has made it easier for people in Pakistan to communicate with each other and meet each other,” said a 25-year-old student studying at Shaheed Zulfikar Ali Bhutto Institute of Science and Technology, Islamabad. “Banning these apps is absurd.”

Minahil, a student and activist at Iqra University, Karachi, said the apps had “definitely made it easier for gay people in Pakistan to find love” and she feared that the ban was part of a wider crackdown on the gay community that would once again ensure “people in Pakistan stay in the closet forever”.

“By blocking these apps, Imran Khan is trying to win the hearts of conservatives and hide his own past,” she said. “But we can all see the hypocrisy.”