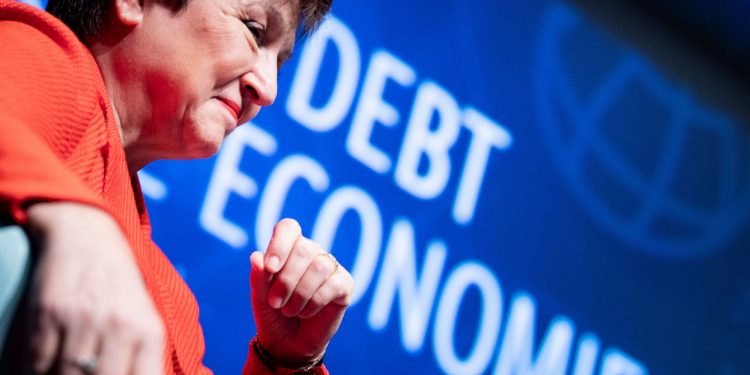 London (Brussels Morning) The head of the International Monetary Fund (IMF) has said that Britain can afford to increase its spending to provide support amid the COVID-19 pandemic.

The UK’s budget deficit has raised concern for being the highest on record since the 1960s, but Kristalina Georgieva, the IMF’s managing director, says it should increase infrastructure investment and welfare support for those facing unemployment due to the virus’s impact on businesses.

She also said, speaking after the IMF’s review of the British economy, that support should extend to businesses and help them retain working or furloughed employees until a better economic climate emerges.

“My main message today is that continued policy support is essential to address the pandemic and to sustain and invigorate a recovery”, said Georgieva.

The current low-interest rates set by the Bank of England meant the government could afford to borrow more to limit socio-economic harm, but with a view of countering tax rises in the future, including among carbon, value-added and property taxes.

Countering the large public debt should happen after the end of the pandemic, as the IMF forecasted the British economy’s further contraction of 10.4 percent this year, growing by 5.7 percent in 2021.

“Other tools like negative rates can be brought in after further understanding is developed on when they would be most useful in the UK context”, said Georgieva.

The Bank of England has been considering negative rates recently as well as quantitative easing. Renewed bond purchasing is expected to commence next week.

Georgieva also encouraged the EU and UK to negotiate a Brexit deal.

“We strongly encourage the UK and EU authorities to make every effort to reach an agreement”, she said, “Progress on a range of issues has been made over the past year and there is room for a compromise beneficial to both sides”.