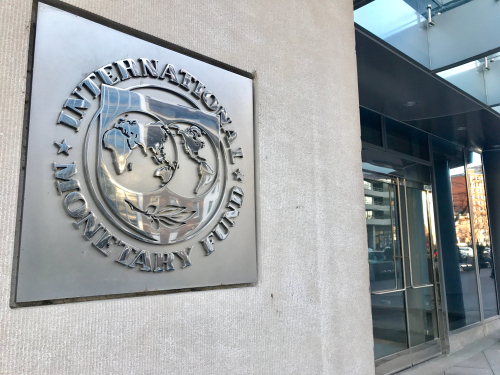 Brussels (Brussels Morning) The International Monetary Fund (IMF) Executive Board has backed Managing Director Kristalina Georgieva after reviewing misconduct claims arising from accusations that she pressurised World Bank staff to alter data in favour of China. Announcing the outcome of the review, the Executive Board expressed its full confidence in the IMF head, Reuters reported.

However, US Secretary of the Treasury Janet Yellen warned Georgieva that she intended to keep a close eye on developments and would examine any new findings. Yellen called on the IMF to take steps to strengthen data credibility and integrity.

The IMF Executive Board and the US Treasury looked into and discussed the accusations brought against Georgieva for a week, before issuing separate statements.

In her own statement, Georgieva welcomed the Executive Board’s backing after what she noted had “obviously been a difficult episode for me personally.” She expressed her “unyielding support for the independence and integrity of institutions” like the World Bank and IMF; and stressed her “respect for all those committed to protecting the values on which these organizations are founded”.

Sources familiar with the matter noted that European governments had stated their support for Georgieva last week, while US and Japanese officials had sought to examine the accusations against her more thoroughly.

The US law firm WilmerHale had reported to the World Bank about data irregularities in its “Doing Business” report, which has since been cancelled.

According to the report, Georgieva and other officials had pressured Bank staff to elevate China’s ranking in 2017, a time when the World Bank was seeking China’s support for a capital increase.

The IMF Executive Board pointed out that the evidence had not shown conclusively that Georgieva had been guilty of misconduct.

European countries wanted to resolve the matter quickly, before the Fund and Bank’s annual meetings, which are scheduled this week, with Georgieva slated to lead discussions on recovery from the coronavirus crisis, vaccination campaigns and debt relief.

Current and former IMF and World Bank staff acknowledged that scandal and accusations of altered data had affected their respective institutions’ reputations for research integrity.