Ikea France on trial for spying on employees, customers 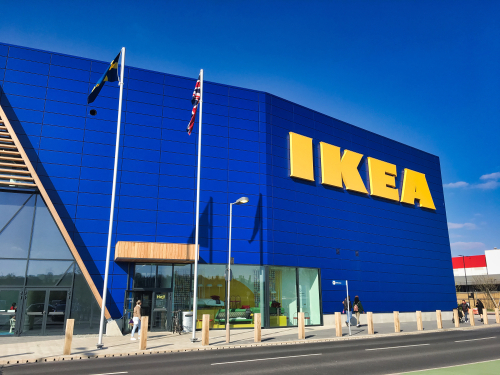 New IKEA Store, Greenwich, London, England, April 2019; this is the 22nd UK IKEA Store. IKEA, founded in Sweden in 1943, is the world's largest retailer of ready-to-assemble or flat-pack furniture.

Brussels (Brussels Morning) The trial of the French subsidiary of the Swedish furniture and home decoration giant Ikea began on Monday, with the local company branch charged with illegally spying on its employees and customers, AP reports.

The trial came about after trade unions reported the French Ikea to authorities in 2012, accusing it of collecting personal data by fraudulent means, and engaging in illicit disclosure of personal information.

According to union allegations, the company paid for access to police files containing information on targeted individuals. Despite the local subsidiary’s denial of the charges, the parent company fired four French executives after the police opened a criminal probe based on the union’s charges.

Reportedly, the company illegally accessed the personal information of customers that were in dispute with the company, as well as information about company employees on at least two separate occasions. In one described incident, the company used unauthorised data to try to catch an employee who claimed unemployment benefits but drove a Porsche.

In a separate incident, Ikea France attempted to access an employee’s criminal records, trying to find out how he was able to afford a BMW on a low income. The former head of the subsidiary’s risk management department, Jean-François Paris, admitted to the court that between 530,000 and 630,000 euro per year was set aside for such investigations.

Paris is among the four executives on trial, together with former company CEOs Jean-Louis Baillot and Stefan Vanoverbeke, and former Chief Financial Officer Dariusz Rychert. Several store managers are also standing trial. So too is the subsidiary, as a legal entity.

If the defendants are found guilty, each of the former executives could be sentenced to up to 10 years in prison, while the company could be fined up to 3.75 million euro. A guilty verdict would also open up the company to a series of private lawsuits from 74 affected employees and the trade unions.