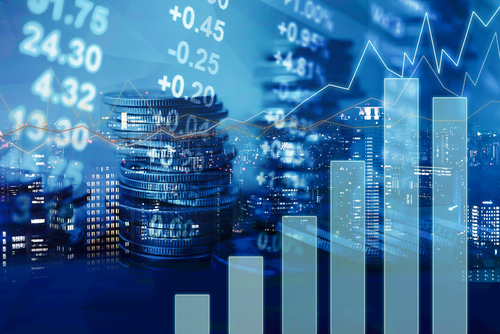 The survey shows that new lockdowns did not affect the services sector as much as expected, while manufacturing saw record growth.

IHS Markit’s purchasing managers’ index (PMI) stood at 49.6 in March, up from 45.7 in February and higher than the estimated 48.8. PMI in March, but was slightly below 50, which separates contraction from growth.

With services sectors across the bloc having been struggling under pandemic control restrictions, Maddalena Martini, an economist at Oxford Economics, noted that “today’s data confirmed the services sector is on the path to recovery”.

“Despite the health situation remaining fragile and some restrictions being extended, optimism about the vaccine campaigns sends some hopes for the services sector outlook”, she observed.

The composite PMI that combines services and manufacturing stood at 53.2 in March, up from 48.8 in February and above the estimated 52.5.

In Germany, growth rate of the private sector reached the highest level in the last three years or so, while contraction of the service sector in France slowed down despite newly imposed restrictions.

Businesses in the UK saw a significant growth of orders and increased their hiring for the first time since the start of the pandemic in preparation for relaxation of restrictions announced for next week.

Optimism about the remainder of the year improved in the bloc, with the EU’s composite future output index increasing from 67 in February to 67.9 in March, the highest level since early 2018.

While the services sector shows signs of recovery, supply chain disruptions caused growth of input costs, which led to growth of the output prices index from 48.1 in February to 50.5.