”If people cannot get back to work we have an unemployment bomb!” 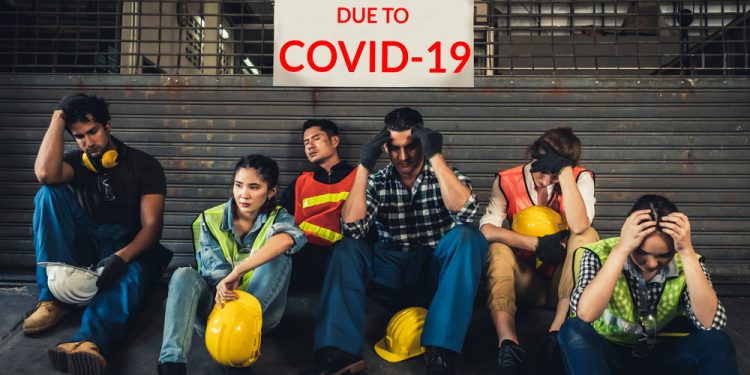 In an exclusive interview, the head of the EU trade unions shares his concerns about the state of the economy in the EU and calls for a common standard for social protection.

Brussels (Brussels Morning) Luca Visentini is concerned with the economic and social consequences of the coronavirus pandemic. As Secretary General of the European Trade Union Confederation, based in Brussels, he fears that the road to recovery will be slow.

”Our forecast is that it will take another six months to get started on a recovery. But before 2022 it is difficult to imagine any recovery. Or that we would recover the same level of growth we had before,” the ETUC Secretary General says.

Just before Christmas, the EU reached a deal on the so-called Recovery and Resilience facility, through which €672.5 billion will be distributed for public investments in EU countries. The trade unions would like the funds to be available immediately and not just by next summer.

”And we have to see what kind of recovery the funds will set out,” Visentini says.

”After the drastic financial crisis, the kind of recovery we had was unbalanced and unsustainable. There was not enough done on innovation or job creation.”

The EU funds agreed to just before Christmas should help EU countries address the economic and social impact of the COVID-19 pandemic, as well as contribute to the green and digital transitions announced by the EU.

”If we have learnt from past lessons we will stop putting in place austerity measures and instead have more progressive models with a green and digital economy at the core and more equality and social inclusion,” the head of the EU trade unions says.

Towards the end of 2020, the EU warned that the economic outlook remained uncertain given that the economic rebound was interrupted as the resurgent pandemic deepened. The lifting of the measures to contain the pandemic in late summer did give way to an economic upswing that was short-lived. While there are no final figures for this year, the Commission estimates indicate that the euro zone’s economy would contract by 7.8% in 2020 before growing 4.2% in 2021 and 3% in 2022. In terms of total output, EU figures are expected to remain below pre-pandemic levels in 2022. The job losses and rise in unemployment have affected livelihoods throughout Europe.

”The big challenge is how to fill the gap from now until the recovery begins to show,” Luca Visentini stresses, with specific reference to the unemployment figures.

While the rise in overall unemployment does not show significant change in euro zone statistics, at issue is whether temporary unemployment schemes might come to an end without people getting back to work. (Commission figures note a rise ranging from 7.5% of the workforce unemployed in 2019 to 8.3% this year and 9.4% next year).

”The current unemployment figures show that there are 20 million now unemployed and more than 40 million in temporary unemployment,” Visentini explains.

”So potentially if people cannot get back to work we have an unemployment bomb. That is if the disaster comes true and people actually lose their jobs.”

Income support schemes have to refinanced in the new year or at least extended for another few months. However, not everyone falls within the existing schemes.

”The scope of the unemployment schemes also need to be extended. Workers whose work situations are precarious are not helped at all by these second wave measures,” Visentini frets. ”There are a lot of gaps, so there is a need for improvement and for emergency measures. Nobody should be left out.”

The hospitality industry including the bar and restaurant sector has become emblematic in illustrating the plight of temporarily laid-off employees. Yet there are a number of other sectors of the economy that have been affected and left without much attention.

Apart from the transport sector, Visentini points out how ”the supply chain has been disrupted even in construction and agriculture… not to mention the cultural and entertainment sectors!”. Looking at the “very high rate of freelancers” in the media and culture sectors, who, he says, are not being helped at all, he describes their situation as emblematic of many problematic sectors that have been “abandoned without proper protection.”

Sectors with large numbers of self-employed have suffered especially, he notes, since only those with employee status are covered by unemployment benefits.

The Commission has funded short-term employment schemes in EU countries through a bond issuance programme, which has raised tens of billions of euros in social bonds, designated to top up national public sector budgets.