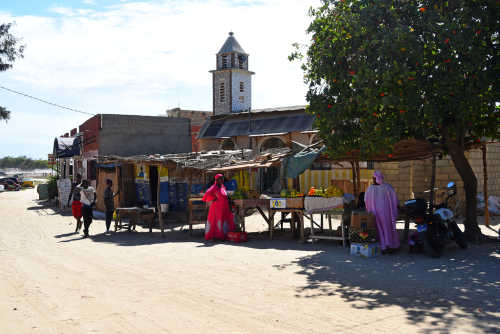 Paris (Brussels Morning) Chad’s president Idriss Deby died Tuesday at the age of 68, just three days after he was declared winner of a national election to start a sixth presidential mandate. His death could have a resounding impact on France’s counter-terrorism efforts in the Sahel.

According to the army’s statement, Deby succumbed to his wounds after taking part in a battle with rebels in the country’s north. It also announced that the parliament and government were dissolved and promised a “democratic electoral procedure” following an 18-month transition period. Deby’s son Mahamat Idris Deby, 37, will head a Military Transitional Council made up of 15 generals, added military spokespeople.

However, various defence and civil society actors denounced the suspension of all institutions as a “coup d’état” and have called for dialogue and a civilian transition of power. Uncertainty remains on the ground as divisions within the army are being reported and it remains unclear whether various tribes, including that of the president, would accept a “dynastic” transfer of power to his son.

A curfew was imposed and the country’s land and air borders were closed a few hours after the announcement, whilst observers warn of a potential destabilisation in case Chad enters a troubled transition period. His loss deprives France of one of its most loyal allies in the Sahel. He spearheaded the cooperation and regional armies’ efforts against rebel and jihadi groups in a deeply troubled region.

Although the new interim president said that “the military council has no ambition to govern the country alone”, the power-grab is already causing dissent among the army and various tribes.

“Chad is not a monarchy”, General Idriss Mahamat Abderamane Dicko told Deutsche Welle, adding that he represents the “republican army”, accusing a small circle of officers of a mini coup d’état.

In a statement, the French presidency deplored the loss of a “courageous friend” and expressed its “strong attachment to Chad’s stability and territorial integrity”. President Emmanuel Macron will attend Deby’s funeral with the EU’s High Representative for Foreign Affairs and Security Policy Josep Borrell, who will also visit Mali and Mauritania.

Borrell’s office expressed how the EU was attached to Chad’s stability and territorial integrity and called on all concerned actors to exercise restraint, for a speedy return to constitutional order and a limited transition “with respect for human rights and fundamental freedoms”. French Minister of Defence Florence Parly echoed the calls for calm, saying, “What’s central to us now is that a process of democratic transition can be implemented and the stability of Chad preserved”.

Thierry Vircoulon, a researcher at the French Institute for International Relations (IFRI), maintains that Paris should now take a very careful approach to the situation as it insists on a “peaceful transition”, while the power struggles in the country could threaten the security of operation Barkhane, of which Deby was a pivotal ally.

With its headquarters based in N’Djamena, Barkhane, its central command will be central to the instability in Chad and around its borders, which emanates from the rebels exploiting the uncertainty to make gains instead of waiting for an election to be held.

Who are the rebels?

Created in 2016, FACT (Front for Change and Concord in Chad) is one of the armed Tchadian opposition groups that have found refuge in the southern region of Libya, historically difficult to control and thus a haven for trafficking. Its creation is the result of schisms within various Tchadian armed groups, not linked to any jihadist formations but opposing the power of Idris Deby since the 90s.

FACT gained experience, weapons and financing juggling the opposing sides of the Libyan civil war after the end of the Qadhafi regime. They fought on the side of Libyan General Khalifa Haftar, with weapons supplied by the UAE, Haftar’s main sponsor. The New York Times additionally reports that they were based alongside mercenaries of the Russian-supported Wagner group in air and military bases. In recent years, they have participated in a number of incursions of the Tchadian territory, only to be rebuked by the army with considerable French support.

They launched a sudden and massive offensive from their bastion on 11 April, the day of the presidential election, moving south towards the capital. However, their capacity to threaten the capital is still limited, Vircoulon notes, as the army’s counter-offensive has hitherto contained their advance.

Since coming to power after a coup in 1990, Deby remained one of the most important interlocutors for France in the African continent. Since Francois Mitterand, all presidents have met, negotiated with and supported him, despite his rather questionable human rights record and his reputation of authoritarianism, Liberation notes.

A graduate of the War Academy, Deby gained the support of the French external intelligence or DGSE, which essentially brought and kept him to power throughout years of military and political dissent. Preoccupied with maintaining Chad within its sphere of influence, France also shielded his presidency from rebel insurgencies from nearby Libya and the Sudan and built strong intelligence cooperation, especially since the jihadist expansion in Mali and Libya.

When the French army deployed in the Sahel in 2013 within the context of the Serval operation, a predecessor of the current Barkhane, Chad was the strongest regional ally France would look to for developing its counter-terrorism strategy.

But Deby’s central role in the western counter-terrorism operations also gave him free rein over his country and allowed him to adopt repressive tactics without any possible alternative.

Chad specialist Marielle Debos notes: “the Chadian army is also known by the populations for its failure to respect human rights and for abuses against civilians. Its image was built in the media within the fight against terrorism, but it was also part of the violence”.