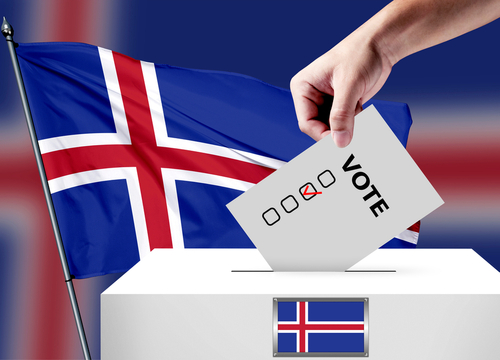 Brussels (Brussels Morning) Iceland holds parliamentary elections on Saturday to determine a successor to the left-right coalition that has led the country for four years.

Analysts suggest that it is difficult to predict just how the next government will look, given the many parties that are vying for power, RFI reports.

Katrín Jakobsdóttir, Prime Minister and leader of the Left-Green Movement, is seeking a  a second term after her first four years in office.

According to the opinion polls, nine political parties are expected to win parliamentary seats, an outcome reflecting the splintered political landscape in Iceland. Polls suggest that the ruling coalition will not win a second term.

The outgoing left-right coalition is only the second Icelandic government since 2008 to successfully complete a four-year term since 2008. A series of scandals that eroded public trust in politicians led to five parliamentary elections being held in the period between 2007 and 2017.

Eirikur Bergmann, a professor of political science at Bifröst University, observed pointed out the current government “was not founded on the premise of undertaking societal changes, but much rather for the purpose of co-habitation politics in a country that had been in upheaval for a long time.”

According to Bergmann, “there is not a clear alternative to this government”, which means that “if it falls and they can’t continue, then it’s just a free-for-all to create a new coalition.”

PM Jakobsdóttir remains popular according to the polls and has been praised for her government’s handling of the coronavirus crisis. “I think this government has done a good job, and I think it has really shown what is possible in politics”, she declared earlier this week.

Currently, the Eurosceptic Independence Party leads in the polls with support of between 20% and 24%. Five parties follow with support ranging between 10% and 15% . They are the Left-Green Movement, the Social Democratic Alliance, the Progressive Party, the Reform Party and the Pirate Party.