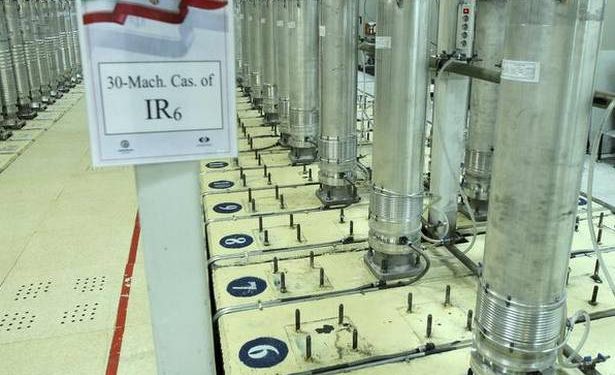 According to IAEA Director General Rafael Grossi, Iran is also stockpiling low-enriched uranium but does not as yet appear to have enough to make a weapon.

Last month, Atomic Energy Organization of Iran head Ali Akbar Salehi announced that Iran was replacing the destroyed facility with one in the heart of the mountains around Natanz. Satellite photos showed Iran building an underground facility in Natanz in 2002. The IAEA visited the county in 2003.

Under the Joint Comprehensive Plan of Action (JCPOA), Iran may produce a limited amount of enriched uranium for non-military purposes and in return receives economic incentives from other signatories — China, France, Germany, Russia, the UK, the US and the EU.

Washington withdrew from the Iran deal in 2018 and reimposed sanctions against Iran, but the remaining signatories have been struggling to keep the pact alive.

Iran has been exceeding limits on uranium stockpiles, level of uranium enrichment and other JCPOA restrictions purportedly to pressure co-signatories to devise a plan to offset the US sanctions. Nonetheless, Iran still grants IAEA inspectors full access to its nuclear facilities, Dirctor-General Grossi noted.

According to the latest IAEA quarterly report, by end August, Iran had stockpiled more than two tonnes of low-enriched uranium, in contrast with 202.8 kilograms allowed under the JCPOA, and was enriching uranium to a purity of 4.5%, exceeding the 3.67-percent limit set in the JCPOA. Grossi predicted this trend would continue.

He visited Tehran at end August and reached an agreement with top officials, gaining access to two locations suspected of being undeclared nuclear facilities.

Inspectors have taken samples from the two sites and are analysing them. Grossi pointed out that cooperation with Iran remains good and IAEA inspections are conducted on a regular basis at the sites.

This statement comes after the US imposed fresh sanctions against Iran’s oil sector, including the Iranian Ministry of Petroleum.