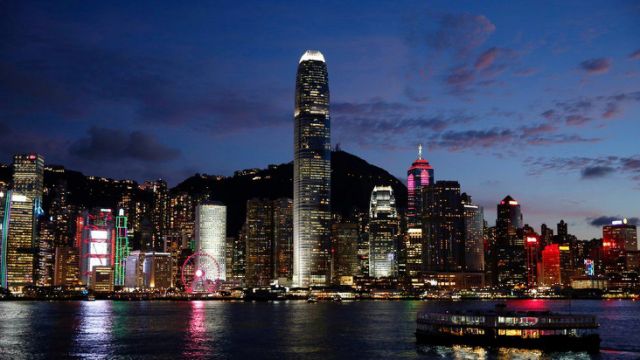 The head of China’s Hong Kong Liaison Office, Luo Huining, has mocked sanctions announced by the US over the crackdown on freedoms in the city, offering to send Donald Trump $100 so he can freeze the asset.

Luo, whose statement appeared on the liaison office’s website on Saturday, is the most senior Chinese figure in the city. “Being put on the US sanctions list just means that I have done what I should do for the nation and Hong Kong,” it read. “Isn’t such a ‘sanction’ in vain as I don’t have any assets abroad? Of course, I can also send $100 to Mr Trump for freezing.”

He is among 11 senior Chinese and Hong Kong officials, including leader Carrie Lam, who face US action in response to the crackdown on free speech and political freedoms in the city.

Luo’s liaison office sent a separate statement, which said: “If the US believes the so-called sanctions will force China to compromise, then they have made a wrong calculation.”

Other Hong Kong officials include the current and former head of the city’s police force – criticised by protesters for its brutal tactics – and the cabinet secretaries for justice, Teresa Cheng, and security, John Lee Ka-chiu.

Speaking on Friday, the secretary of the treasury, Steven Mnuchin, said: “The United States stands with the people of Hong Kong and we will use our tools and authorities to target those undermining their autonomy.”

It is relatively unusual for Washington to directly a sanction the leader of a country or region and the move puts Lam in company with Venezuela’s president, Nicolás Maduro, and Iran’s supreme leader, Ayatollah Ali Khamenei.

The sanctions were brought in under an executive order that Donald Trump signed last month, in response to China’s introduction of a sweeping new security law in Hong Kong.

Beijing said the law was needed to restore stability and would not threaten Hong Kong’s freedom of expression. But it has already been used to crush dissent, cited in the barring of moderate pro-democratic candidates from elections, the arrest of teens for social media posts, and the suppression of popular protest slogans.

Luo was appointed adviser to a committee for safeguarding national security for Hong Kong in July.

Last month the US administration also imposed sanctions on a senior Chinese Communist party official, Chinese companies and a paramilitary government organisation it alleged were complicit in forced labour and other abuses in the western Xinjiang region.

US and Chinese officials are due to meet in mid-August to discuss how to revive a partial trade deal agreed in January, amid US allegations that Beijing is not keeping its promises on buying US agricultural products and energy.