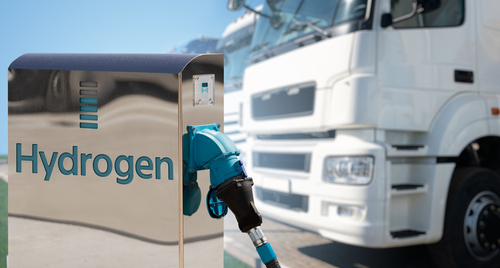 Brussels (Brussels Morning) Hyundai will start shipping its new hydrogen-powered trucks into Europe later this year, in a show of confidence in the viability of hydrogen-fueled transport for heavy goods road haulage, Reuters reports.

The new series of Xcient Hyundai trucks, featuring more efficient fuel cells with a reportedly longer lifespan, should begin to arrive in Europe in the fourth quarter, according to Mark Freymueller, CEO of Hyundai Hydrogen Mobility (HMM).

The HMM is a joint venture between the South Korean vehicle manufacturer and the Swiss H2 Energy hydrogen company. It has been hiring out hydrogen trucks to commercial clients in Switzerland since last year, as a pilot project in preparation for the European rollout.

According to Freymueller, the next pilot project will take place in either Germany or the Netherlands, while other countries expressing interest include Austria, Norway, France, Italy, Spain and Denmark.

Hydrogen investments have so far lagged behind in the green transport sector. This is because the technology is more expensive, less developed and lacks the capital infrastructure necessary to make it widespread. However, its proponents say that it retains some key advantages over battery-electric solutions, since hydrogen-powered trucks provide better range.

EU environmental plans also provide a solid push for hydrogen, since EU ministers look to cut truck CO2 emissions by a third by 2030, compared to 2019 levels, with potential diesel bans and higher taxes in the offing. On the other hand, green vehicles could profit from up to 75% lower road tolls.

Hyundai chose Switzerland for its pilot project because the country has favourable regulations in place for zero-carbon vehicles, and its customers are overwhelmingly environmentally conscious. Additionally, the country’s reliable hydropower accounts for as much as 58% of its energy production.