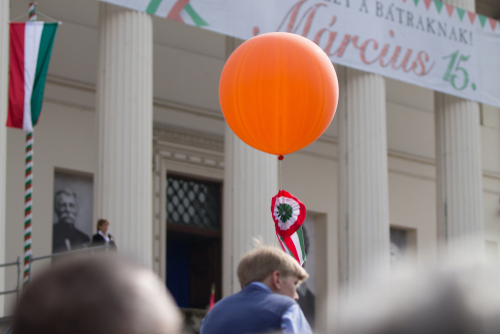 Brussels (Brussels Morning) MEPs of the Hungarian ruling Fidesz party have resigned from membership of the European People’s Party (EPP) parliamentary caucus in the European Parliament.

Hungary’s Prime Minister and Fidesz leader Viktor Orbán informed the EPP chair Manfred Weber of the party’s withdrawal in a formal letter that blasted amendments the EPP Group had passed on Wednesday morning, changing the rules covering the expulsion of a group of national representatives from the caucus.

“The amendments to the rules of the EPP Group are clearly a hostile move against Fidesz and our voters”, Orbán wrote. “Limiting our MEPs’ ability to carry out their duties as elected Members of the European Parliament deprives Hungarian voters of their democratic rights”, he said, a move he decried as “antidemocratic, unjust and unacceptable”.

EPP is the largest transnational party grouping in the European Parliament. It includes German Chancellor Angela Merkel’s Christian Democratic Union (CDU). Previously, Fidesz had been suspended from full membership in 2018 over criticisms of the Orbán government’s anti-democratic tendencies.

Despite being suspended from actively participating in the EPP proper, Fidesz MEPs remained members of the group’s caucus within the EP. On Wednesday, the caucus voted — 148 votes for and 28 against —  to change its procedural rules to allow suspension of a national party’s members from the caucus, as well.

Rather than await suspension, Orbán instead pulled his party out of the caucus, expressing his “disappointment” that the EPP Group “is paralysed by its inner administrative issues” when it should be caring for thousands of Europeans hospitalised during the coronavirus pandemic.

It remains unclear whether Orbán intends to pull his party out of the EPP altogether since the wording of his letter refers merely to membership in the parliamentary caucus. The departure of Fidesz’s 12 MEPs reduces the number of EPP MEPs in the current EP from 187 to 175 – still ahead of the 147-strong Alliance of Socialists and Democrats (S&D), the EP’s second largest grouping.