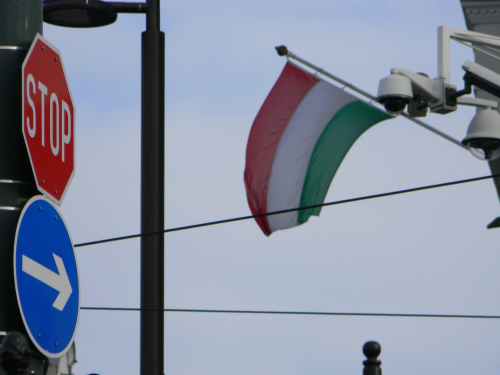 Stop sign with blurred image of the Hungarian flag in the background in Budapest, Hungary. Conceptual image illustrating Hungary's attitude towards the European migrant crisis of 2015-2018

Brussels (Brussels Morning) Hungary’s Prime Minister Viktor Orbán has announced that the country will not change its immigration policies in order to align with the EC’s preferences.

Orbán made clear that migration policy and LGBT ideology, the two issues that have roused friction between Hungary and the EC, are expected to dominate the political discussion ahead of the country’s national election due in 2022, Reuters reported on Tuesday.

The ideological dispute between Hungary and the EC has left the country without access to EU funds for recovery from the coronavirus crisis. This could yet present an obstacle to Orbán’s re-election hopes given that Hungary had counted on the EU aid to finance projects and speed up the country’s recovery from the impact of the pandemic.

Inflation has reached a 14-year high and is jeopardising Hungary’s recovery as the state budget deficit has set new records.

Earlier this month, Hungary’s Constitutional Court managed to avoid ruling on government migration policies that the EC wanted changed. Poland is in a similar position, having challenged the primacy of EU rules over the constitutions of the bloc’s member states.

According to an EU court, Budapest violated EU rules by deporting migrants back to Serbia, something the Hungarian government challenged at Constitutional Court level.

The Constitutional Court concluded that Hungary has the right to implement its own laws in areas where the EU does not implement common rules, including the country’s right to safeguard its national identity.

“The government decided that we will not do anything to change the system of border protection”, Orbán noted, adding that “we will maintain the existing regime, even if the European court ordered us to change it.”

Orbán’s tough stance on immigration increased public support for his Fidesz party in the wake of the 2015 migrant crisis, when the country’s migration policies were in stark contrast with those of the EC.

Orbán has reiterated that his party will pursue political discussions around what he describes as LGBT ideology,citing the fact that a referendum is scheduled to be held before next year’s elections.

Referendum questions will focus on sexual orientation workshops in schools without parental consent and the promotion of gender reassignment among children.