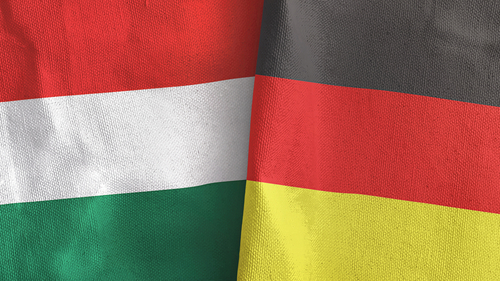 Petry was laid off for questioning Hungarian national football team member Péter Gulácsi’s motives for standing up for bisexual, homosexual and transgender people.

Gulácsi had criticised Hungarian government’s policies that restrict the rights of homosexuals, stressing that “all people have a right to equal treatment” and concluding “I stand by rainbow families.”

Hungarian Ministry of Foreign Affairs noted that it summoned the German chargé d’affaires to protest and express shock over Hertha’s decision to fire Petry.

Gulyás pointed out that “expressing your opinion cannot be punished under the rule of law” and added that Hertha’s move reminds him of the totalitarian regime of Nazi Germany.

“I think this is outrageous, it is foremost Germany that has to answer whether it still upholds the rule of law,” he concluded.

A spokesman of the German Foreign Ministry commented on the Hungarian government’s criticism, stressing that it is “in no way comprehensible to us.”

“The chargé d’affaires communicated this to the Hungarian government in his conversation,” the spokesman noted and concluded “we reject the references to National Socialism in the clearest terms.”

Hertha pointed out that it is happy with Petry’s work but not the opinions he expressed.

Germany is one of the EU member states that have criticised Hungary for what they describe as anti-democratic trends under Prime Minister Viktor Orbán, with the Hungarian government rejecting the accusations.