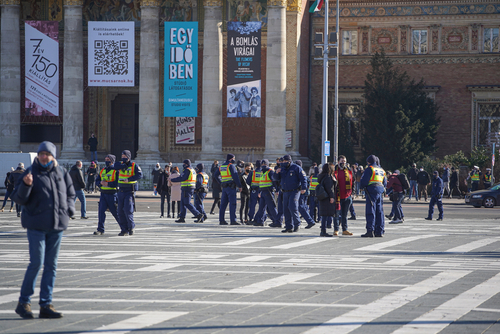 Brussels (Brussels Morning) A leading radio station whose news content is often critical of the Hungarian government lost its broadcast licence on Tuesday, after the country’s media regulator accused the station of infringing on administrative rules, AFP reports.

The Budapest-based talk and news radio station Klubrádió, often labeled as the voice of the left-liberal opposition, reportedly has long been in the sights of  Hungary’s Prime Minister Viktor Orbán.

As the station’s broadcast license was coming up for renewal in September 2020, the national regulator NMHH announced it would not be renewed, claiming the station had committed repeated “legal violations”. The station’s appeal against the ruling was finally rejected on Tuesday. The vacated broadcast frequency will soon be auctioned off, and the station will be forced to migrate and become a solely online service, reducing both its audience reach and its marketing revenues.

Klubrádió head Andras Arato said the NMHH decision was expected, and that it was “a political one, shameful and cowardly”. Arato told AFP the station would file an appeal with the Supreme Court and was also considering legal action at the European level.

Freedom of press in Hungary has been in a steady decline since PM Orbán came to power in 2010. The international media watchdog Reporters Without Borders dropped Hungary 16 points in its annual World Press Freedom Index to 89th place, citing the “sharp decline in media freedom”.

Most independent outlets in Hungary have been silenced in some manner in recent years – either driven out of business or bought out by government-friendly business tycoons. International election observers in 2018 claimed that the country’s “lopsided media landscape and restricted access to information” helped Orbán win a third term.