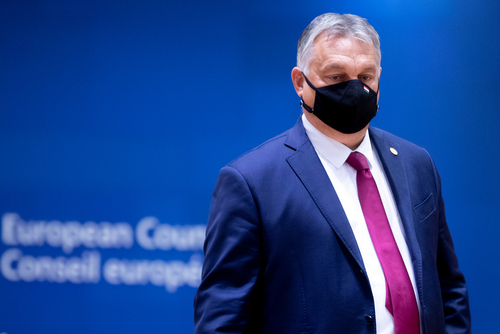 Belgium (Brussels Morning Newspaper) Hungarian Prime Minister Viktor Orbán secured a surprisingly convincing victory in the Sunday elections, ensuring he would likely remain the head of the Hungarian government for another term.

Despite pre-elections polls giving almost even odds to Orbán’s ruling coalition and the six united opposition parties, which formed a joint bloc to oust the three-time PM, the results on Sunday provided an even clearer victory for Orbán than the 2018 elections, when his party Fidesz secured a two-thirds supermajority in the parliament, necessary for constitutional changes.

Fidesz and its coalition partner, Hungarian demochristian party KDNP, won an estimated 135 seats in the 199-seat legislature, two more than needed for the supermajority, with additional former Fidesz member keeping his seat on the German minority slate, giving Orbán a secure two-thirds majority of 136 seats, two more than after previous elections.

Pro-Russian and pro-Chinese Orbán has long been at odds with the rest of his formal allies in the EU and NATO, his blatant disregard for minority rights, press freedoms and the rule of law making him a pariah within Europe, often criticised as “Kremlin’s trojan horse”.

While Orbán did not attempt to block the first wave of sanctions against Russia once it invaded Ukraine on 24 February, he has since opposed measures that would reduce Hungarian dependence on Russian gas and oil, claiming they would “devastate” Hungarian economy.

Despite being a NATO member, Hungary has refused to ship lethal weapons to Ukraine, or for weapons to be transferred through its territory. In his campaign, Orbán presented himself as a peacemaker, claiming he was against war, while accusing the opposition of wanting to send Hungarian youth off to the front in Ukraine.

In his victory speech on Sunday, Orbán took potshots at most international actors criticising his rule. “We never had so many opponents,” said Orbán. “Brussels bureaucrats, the international mainstream media, and the Ukrainian president,” noted Orbán, referring to criticism he received from the Ukrainian leader Volodymyr Zelenskyy. Orbán stressed that his “huge victory” could be seen “from the Moon, and also certainly from Brussels as well.”