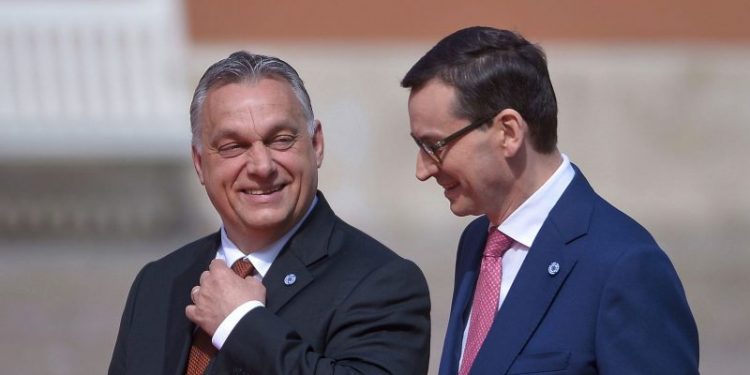 Brussels (Brussels Morning) Hungarian Prime Minister Viktor Orbán has noted that talks on the EU budget and the pandemic recovery plan will continue and that he hopes a deal will be reached, Reuters reported today, Friday.

Hungary and Poland had vetoed the bloc’s long-term budget and coronavirus recovery plan, stressing that the EU wants to make access to funds conditional on adherence to the bloc’s governance standards.

Negotiations should continue, Orbán said, adding that, in the end, EU member states would come to an agreement, as is usually the case.

He pointed out that several solutions to the deadlock are available given that Hungary and Poland want legal remedies to determine the outcome rather than decision by political majority.

The two EU member states have exercised their veto powers, potentially delaying member states’ access to EU funds amid the second wave of coronavirus infections and economic decline brought on by restrictions imposed with the aim of curbing the spread of the virus.

Orbán stressed Hungary’s development projects planned for the next decade would be carried out regardless of the current political deadlock.

Hungary is a net recipient of EU funds and the country’s economy has slipped into a deeper than expected recession. Economic recovery next year will be slower than Budapest anticipated, according to a government forecast.

On Thursday, German Chancellor Angela Merkel announced the EU would continue to discuss the recovery plan worth 1.8 trillion euro, vetoed by Hungary and Poland.

There is consensus on the EU 2021-2027 budget, she noted, but not on the planned governance clause with its rule of law issues. This means the bloc will have to continue talks with the two EU member states, she said.

Merkel described the deadlock as a very serious problem and added that Germany will examine all available options, DW reported yesterday, Thursday.

Asked whether the bloc could threaten to strip Hungary and Poland of their voting rights, Merkel stressed threats were not an option and pointed out that the EU has a duty to find a way to overcome the problem.

First Vice President of the EU Commission, Frans Timmermans, pointed out that it was in the interest of all member states to find a solution as soon as possible, stressing that jobs depend on this. Economic recovery hinges on the bloc finding a solution, he concluded.