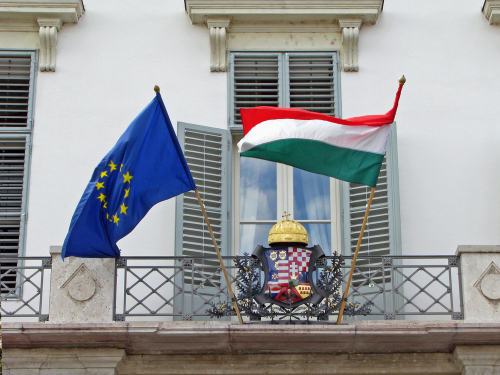 Brussels (Brussels Morning) A Hungarian opposition MEP said the European People’s Party (EPP) should shoulder part of the blame for dismantling democracy in Hungary, after the Prime Minister and leader of the right-wing Fidesz party Viktor Orbán pulled his MEPs from the EPP caucus on Wednesday.

Orbán’s made the decision to withdraw immediately after the EPP parliamentary group reached a majority decision to change its internal rules, enabling the group to suspend members coming from a specific country – an action clearly intended to suspend the membership of Hungarian Fidesz’s 12 MEPs, after the EPP already had suspended Fidesz from the transnational party in 2019.

MEP Katalin Cseh, of the Hungarian opposition party Momentum, claimed the EPP had done “the bare minimum, about a decade too late,” although she praised the fact that the European Parliament’s largest political group had finally stood up for its principles.

Cseh said it was “heartening to see” EPP deciding to “distance themselves from far-right authoritarians who trample upon European values and cozy up to Eastern dictators”.

Fidesz was suspended from EPP in 2019, after the European group for years ignored the Hungarian party’s slide into anti-democratic practices like the suppression of free media and the increasing control it exerted over the judiciary.

The final straw was a series of election posters featuring then-president of the European Commission Jean-Claude Juncker, himself an EPP member, together with Hungarian investor and philanthropist George Soros, accusing them of planning to force Hungary to accept illegal immigrants. Even though Orbán claimed his party would quit EPP if suspended, in the end he claimed it had been a “joint decision” that he concurred with.

While blasting the EPP for decades of inaction, Cseh conceded that the centre-right European group was not responsible for dismantling democracy in Hungary. That, she said, was done solely by Orbán and Fidesz.Nonetheless, she added, EPP “shoulder part of the blame”.

In doing so, the opposition party MEP cited what she described as“a decade of dishonest compromises and complicit silence, a decade of blocking meaningful action, a decade of uncontrolled sums of EU money flowing to the pockets of Viktor Orbán’s oligarchs and family members”.