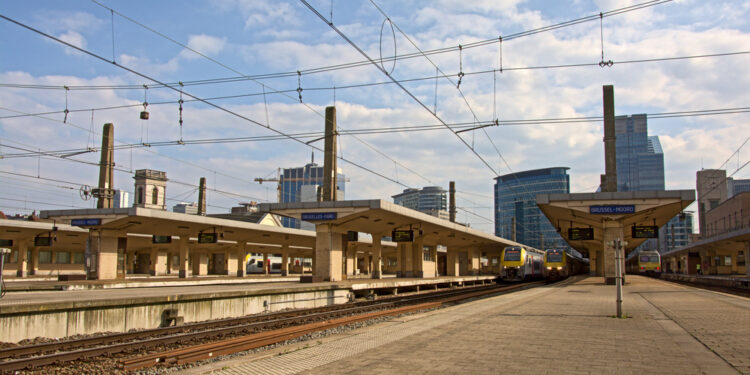 Brussels, (Brussels Morning)- After the accident with a Thalys in Tournai on Friday, six trains from Brussels South to Paris were cancelled on Friday evening. This is reported by a Thalys spokesperson. Hundreds of travellers spent the night in the station. At least one other train did leave, but with a five-hour delay. “All this time we received no information about possible departure times or alternative travel routes,” says a BRUZZ reporter.

A Thalys train from Brussels to Paris-Nord was blocked at Tournai station on Friday afternoon due to a technical problem after a collision with an animal. Six trains from Brussels South were cancelled due to the incident, a Thalys spokesperson said.

As a result, customers staying in Brussels were given the choice of staying overnight in a hotel (and then having their night reimbursed), going home if they live in or near the capital (with reimbursement of the taxi fares) or waiting in several Thalys trains to have a safe and quiet place to sleep. Between 700 and 800 people chose the latter option.

At least one other train did leave, but with a long delay. “I stopped in Brussels for 4.5 hours without explanation,” says a BRUZZ editor who was on his way to Paris to change to another train. “We were told there was a fire on the net, but not how long it would last or what alternatives there were. At one point we left without notice.”

Regrettably, the train restaurant was also closed, preventing travellers from buying food or drinks. “At one point, bottles of water were handed out and notes with information about how we could arrange our overnight stay,” she says. “I arrived in Paris just before one o’clock, instead of seven o’clock. I missed my connection because of that, it is not clear whether my new ticket will be reimbursed.”

On Saturday morning, 200 of these passengers had already left for Germany on an ICE train and another 400 were transported to Paris on the first Thalys of the day, which departed shortly before 07:45. For the remaining 200 passengers and those who found a solution to spend the night elsewhere than in the sleeper train, the company has increased its transport offer throughout the day, for example by using double trains (two trains linked together instead of just one).

Thalys apologises to the affected passengers and acknowledges that the travel conditions are not ideal. The company will refund 100 percent of their tickets in cash or 250 percent if they opt for e-vouchers.