Hundreds of asylum seekers in queue at Klein Kasteeltje 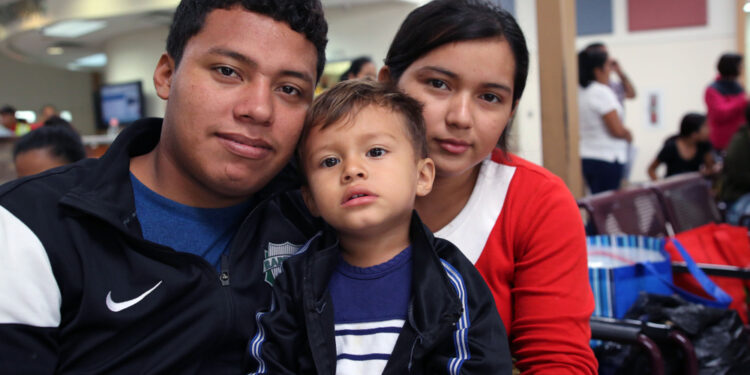 Brussels, (Brussels Morning)- Nearly three hundred people are already waiting to register as asylum seekers at the application centre Klein Kasteeltje in Brussels on Monday morning. Because of the long weekend, they couldn’t do that for four days. Dozens of people even spent five nights on the streets there.

Almost three hundred people were already queuing early this morning at the application centre Klein Kasteeltje and people keep coming. Dozens of them even spent the night there – in tents or just on the street – hoping to get a place in the centre today, said BRUZZ.

“Experience has taught us that an extended weekend causes extra crowds in any case, but the current situation is absolutely untenable,” said Thomas Willekens, policy officer at Vluchtelingenwerk Vlaanderen. By “the current situation” he refers to the reception network for asylum seekers, which has meanwhile become completely saturated, with all the associated consequences. “The Klein Kasteeltje simply cannot handle so many people in such a short time,” says Willekens.

The people who stay in front of the gates of the Klein Kasteeltje do so because they want to start their asylum procedure: an international law. Once they have succeeded, Belgium is obliged to receive asylum seekers while their asylum application is running. But even if people succeed in starting their asylum procedure or have already received a positive decision, it can sometimes take weeks before they can actually count on reception.

“Last winter’s shortage of space has never been completely resolved because the core problem has never been tackled,” says Willekens. “As a result, the social humanitarian system in our country is under a lot of pressure. The emergency shelters of all homeless centres and CPAS are packed. These people have nowhere to go. The whole system has slowed down so much that it is now on the verge of collapse. It is also questionable how long Fedasil’s staff will continue to do this. Remember that they have to carry out a mandate that they do not necessarily agree with.”

According to Willekens, the 750 temporary emergency shelters that State Secretary for Asylum & Migration Nicole De Moor (CD&V) announced last week are no more than a drop in the ocean. “Indeed, 750 extra reception places have been announced, but they are temporary and will be built up gradually from 1 August,” he explains. “It is therefore not the case that from August, 750 extra people can suddenly count on reception.”

Moreover, the lack of shelter places is not the only pain point. “There are currently 31,000 shelters available – more than ever before,” says Willekens. “But as long as the outflow does not follow the large influx, we will not be able to solve this problem.”

Lack of help and information

On Sunday afternoon, about twenty men were already seated at the Klein Kasteeltje. It was 32°C and most of them were cooling off in one of the few stripes of shade to be found there.

“Since this weekend, a water tap has been installed at the request of Mayor Close,” says Willekens. “At the beginning of 2022, after much insistence, a number of urinals were also installed, but otherwise there is little support.”

That is why Vluchtelingenwerk Vlaanderen distributes flyers with information every morning. “Sometimes Fedasil also gives information and comes out with one of their interpreters, but this is happening less and less due to the current tensions. For security reasons, the staff actually only come out of the gate to let people in. As a result, a lot of work falls on the shoulders of volunteers and NGOs.

During the flyering, Vluchtelingenwerk Vlaanderen also tries to point out to people that the right to asylum is a fundamental right. “Every day we explain to people that their right to shelter is being violated and that they can challenge this in the labour court,” explains Willekens. But because many people are denied the right to shelter, the legal avenues are also heavily used and this system is also delayed.

“From the moment the judge pronounces a decision, Fedasil is obliged to receive the person in question as soon as possible on pain of a penalty,” explains Willekens. “In the beginning, we saw that after a conviction people were received, in the meantime that has been at least a month. The whole system is just imploding, you can’t get it explained anymore. Obviously this causes a lot of frustration and disbelief among people.”

In the meantime, the atmosphere at the Klein Kasteeltje is not improving. According to Willekens, the situation is becoming more grim and chaotic day by day. “On the one hand, you have the people who have been staying at the Klein Kasteeltje for a long time. They are tired, frustrated, despondent,.. And of course they also express these frustrations to employees and volunteers,” he explains.

In addition, a new group of people arrives at the application centre every day. “These people are full of hopes and expectations. We need to crush those expectations and tell them they’re not getting shelter. Of course that makes them angry, it will come as no surprise that a lot of tensions come together at such moments.”