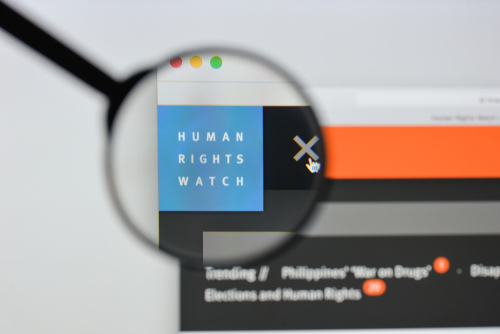 The report’s summary claims there is a “present-day reality of a single authority, the Israeli government, methodologically privileging Jewish Israelis while repressing Palestinians, most severely in the occupied territory”.

According to Ken Roth, the executive director of the New York-based global rights watchdog, the “oppression of Palestinians there has reached a threshold and a permanence that meets the definitions of the crimes of apartheid and persecution”.

The report argues that “apartheid” has outgrown its original use as a term of reference for the South African racist segregation of non-white citizens, and is now a “universally recognised legal term”, describing what amounts to a crime against humanity under international law.

HRW has called on the International Criminal Court (ICC) to investigate and prosecute individuals implicated in this apartheid and persecution. The ICC already announced last month that it would investigate war crimes committed in the occupied West Bank and the Gaza Strip, while Israel refused to cooperate.

Israel’s Foreign Minister responded to the report by accusing HRW of having a “longstanding anti-Israeli agenda”, dismissing the paper as a “propaganda pamphlet” with no connection “to facts or reality on the ground.”
In the past, Israel has responded to similar accusations by claiming its Palestinian citizens, referred to as “Arab Israelis”, enjoy legally protected equal rights and are represented in the country’s government and judicial system. In the case of West Bank, Israel points to agreements signed in the 1990s, which allow limited Palestinian rule in the area. HRW, on the other hand, points out that Tel Aviv retains “primary control over many aspects” of Palestinian lives.