by Belgium News Desk
in World 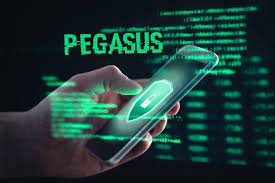 Brussels (Brussels Morning) The MENA Surveillance Coalition, jointly led by Access Now and the Gulf Centre for Human Rights, together with 36 human rights organisations, including ImpACT International for Human Rights Policies, are demanding the immediate end to the sale of surveillance technology to Middle East and North Africa’s (MENA) autocratic governments.

This call for action comes against the backdrop of the disturbing revelations of the Pegasus Project investigation led by Amnesty International and Forbidden Stories.

“The MENA region has become a breeding ground for invasive surveillance, allowing for private tech companies to reap profits off egregious human rights violations,” said Marwa Fatafta, MENA Policy Manager at Access Now. “Exporting surveillance tech to autocrats comes with a heavy human rights price tag. It should not take another Khashoggi for states to wake up and put an immediate end to this practice.”

In 2016, a breaking investigation by Citizen Lab exposed one of the earliest uses of NSO Group’s Pegasus spyware in the United Arab Emirates (UAE), used to spy on prominent Emirati human rights defender Ahmed Mansoor, who is now serving 10 years in prison on trumped up charges. Since then, the surveillance industry has exponentially flourished across MENA. The investigation named four MENA countries as NSO Group clients, Morocco, Bahrain, Saudi Arabia, and the UAE; their targets make up less than half of the leaked data of 50,000 phone numbers identified as potential surveillance targets across the world.

With no regulatory framework of the surveillance tech industry, autocratic governments in the region have found their go-to tools to further repress human rights defenders and journalists, and suppress freedom of expression and the media with full impunity.

The MENA Surveillance Coalition and other human rights organisations are calling for an immediate halt to the use, sale and transfer of surveillance technology to autocratic oppressive governments across the region. Other recommendations include: