by Agata Andreetto
in Culture and Society 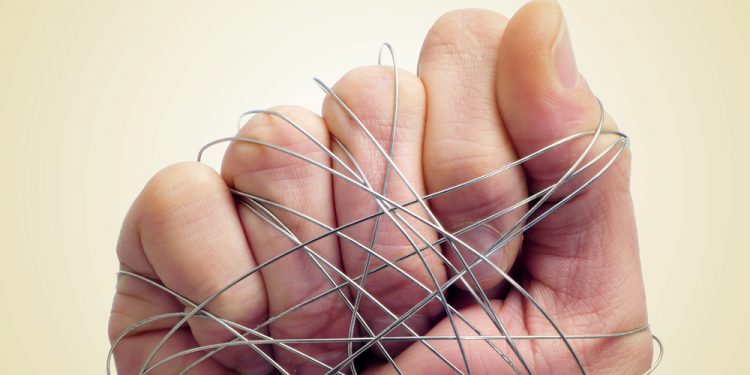 Brussels (Brussels Morning) – Gender-based violence (GBV) has been a long-standing priority for the international community, which is why Ambassador Kelley E. Currie — Ambassador-at-Large for Global Women’s Issues at the Office of Global Women’s Issues of the US Department of State — thought it fitting to reflect on the regulatory tools available to protect women’s human rights in developed and developing countries, as GBV and domestic violence cases increase around the world, prompting UN women to call it another pandemic.

GBV refers to any harmful act against someone based on their gender, the scourge of which has increased the past year dramatically due to lockdown measures to stem the spread of COVID-19. Its proliferation worldwide has been so vast that UN Women has dubbed the phenomenon a “shadow pandemic” and has called on governments to take action.

Its campaign, 16 days of for violence against women, begins and ends on two symbolical dates, the International Day for the Elimination of Violence against Women on 25 November and Human Rights Day on 10 December.

GBV, while widely spoken about, has taken time to gain global traction, It was not embedded in any international instrument until the 1993 Declaration on the Elimination of Violence against Women and the establishment of a Special Rapporteur on violence against women.

At the European level, the 2011 Council of Europe Convention on Preventing and Combating Violence against Women and Domestic Violence – commonly referred to as the Istanbul Convention – is thought to be a cornerstone of international legislation on GBV.

“Well, violence against women has historically been a challenging issue”, said Currie, “it arises from intimate partner violence; it’s something that is often a hidden pandemic when other crises are going on…

“I think that it is something that is hard for people to talk about. It’s hard for law enforcement to deal with”, she continued.

“I think the level of awareness now is much greater, and it actually has been remarkable to see the degree to which this has become part of the conversation around the COVID pandemic, both the response and the need to address the underlying causes of violence against women”.

Impact of the COVID-19

Since the onset of the pandemic, the situation has only worsened.

Prior to the crisis, global data showed one in three women suffered physical or sexual violence, mostly at the hands of an intimate partner.

Since the coronavirus outbreak, data collected by UN Women suggests a general increase in GBV in several countries, with a particular surge in domestic violence attributed to lockdowns and other restrictions.

The periods of isolation have meant victims of abuse struggle to cope and seek remote assistance, while also a challenge for service providers to assist and obtain accurate numbers on GBV cases.

Currie affirmed that in some cases, in developed countries and developing countries, the Office of Global Women’s Issues observed drops in reported cases, even though officials were aware that cases were not decreasing.

Even though some “malign actors” have taken advantage of the pandemic to suppress further women’s rights, such as attempts to curb the right to abortion in Poland, Currie made clear how a strong consensus of bipartisan political forces had a tangible impact.

GBV is an issue that affects everyone, she explained, and that only with a synergy of actors and a common vision can values turn into action.

“I think that one thing that we have worked really hard to do in my office is to stay very focused on areas where there is strong bipartisan consensus on women’s issues”, she said, “that is why our office has focused very much on the women, peace, and security agenda, which we have the Women, Peace, and Security Act, which passed Congress in 2017, and was signed by the President. And it was supported by an overwhelming bipartisan majority”.

Reiterating the US commitment to combat GBV, the Ambassador concluded the briefing by drawing attention to the situation in the Xinjiang region of Western China. Reports suggest the Chinese government is attempting to eradicate Uyghur culture and identity by detaining Uyghur (and other ethnic groups) women accused of violating birth control laws. They are thus subjected to forced sterilisation, abortion and other violent acts deliberately targeting women.

The Ambassador concluded by reiterating the US position that the UN could do more as it continued to partner with organisations harming women, and reinforced that sanctions were needed against the individuals and organisations responsible for dangerous policies.